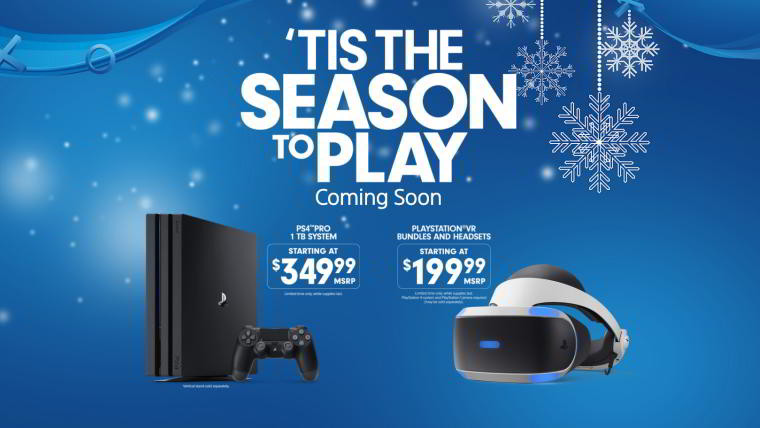 In case you missed grabbing your favorite Sony hardware during the Black Friday and Cyber Monday sales, the company is offering a two-week sale leading up to Christmas that will knock some bucks off a PlayStation 4 Pro and the PlayStation VR, as well as a few bundles.

The sale kicks off on December 10, with the end date varying from December 16 to December 24. These PS VR bundle sales will run through December 24:

These sales are only through the PlayStation Store right now, so get your wallet warmed up if any of these sales interest you.

Sony just announced that the PS4 had sold more than 70 million units since its launch in late 2013, so another sale should pad those numbers a bit as it heads toward the 84 million lifetime sales of the PS3.