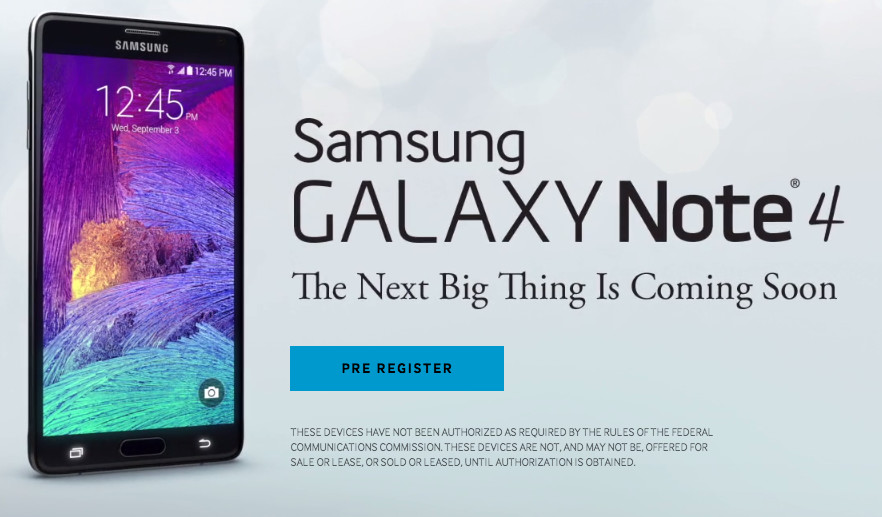 Although tomorrow will most likely be dominated by Apple and the release of the iPhone 6 and 6 Plus, it looks like Samsung will also start offering its rival phablet handset, the Note 4, for pre-order on the same day.

The Galaxy Note 4 will be the next iteration in Samsung's popular phablet line. The Note 4 will have 5.7" Quad HD Super AMOLED display, 2.7GHz Quad-core processor, 3GB RAM, 16MP camera, 3.7MP front-facing camera, and a 3220mAh battery. While the handset might not be as a bold and daring as the Galaxy Note Edge, it will still offer a robust set of features, powered by an immense set of specifications.

Both Verizon and AT&T will offer the device for $299.99 USD on a two year contract. There will also be options from both carriers to make payments on the device via installments. While both carriers are starting their pre-order process on September 19th, there is no mention from Verizon when the device will actually begin shipping to customers. AT&T is expected to have the device available for shipment around October 14th.