At the WinHEC conference today, Microsoft has detailed its plan to "delight users" by releasing faster updates to Windows 10 for Phones. Windows Phone users usually complain of the slow roll-out of over-the-air updates for their devices, a recent example being the Lumia Denim update. Microsoft aims to resolve this issue by providing updates "within 4-6 weeks of release."

The company has unveiled one such plan titled "Project Milkyway" which intends to do just that: 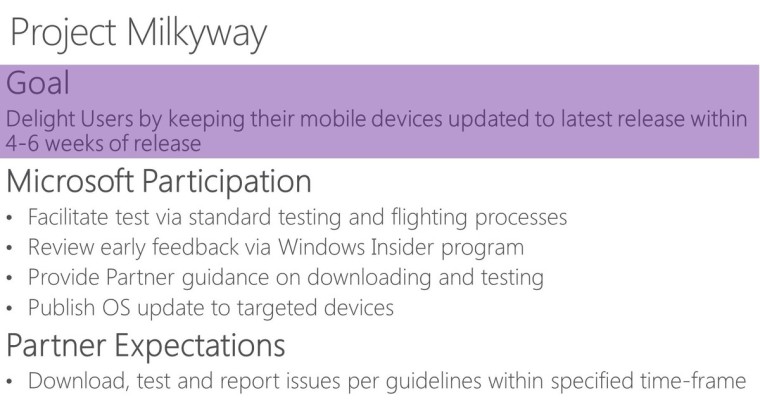 Moreover, one of the slides in the presentation also depicts the procedure in which updates are pushed out to Windows Phone users. The various steps shown in the flow chart also show several carrier-related approvals such as "Validate OTA Updates on Retail Phones", however, Microsoft has offered no further information how it intends to speed up on the particular rung. 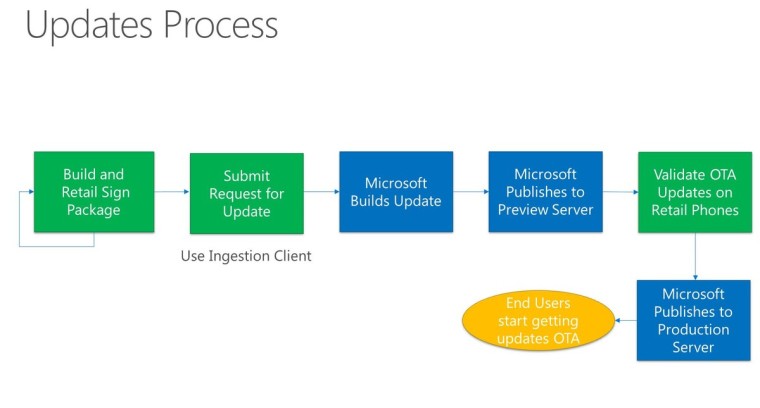 Moving forward, it will be quite interesting to see if Microsoft actually does improve on the OTA update delivery process. It is also noteworthy that Microsoft offered to deliver faster updates to Windows 10 for PC too, but we haven't seen a new build in the technical preview in almost two months. With a commercial release of Windows 10 just around the corner for desktop and phones, Microsoft appears to be on the right track.