Earlier this month, Qualcomm announced that its ARM-based chipset, the Snapdragon 800, is coming to Windows RT 8.1 devices, with the first models destined to launch "later this year". Today, at Microsoft's BUILD developer conference in San Francisco, we got a very brief look at a development device featuring the new chipset. 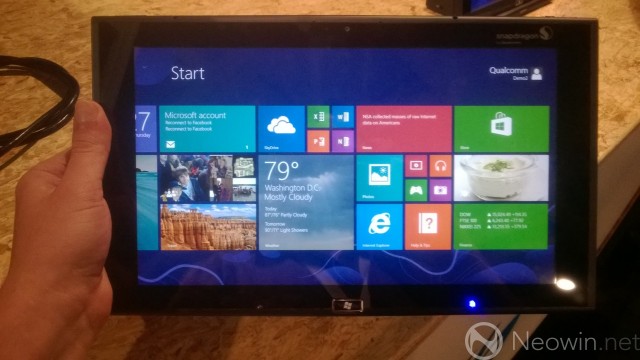 Qualcomm's reps were keen to stress that the tablet you see here isn't destined for production, and is purely for development purposes. It's based on a version of the company's 'Liquid' tablet reference design, which debuted with the Snapdragon S4 in late 2011. 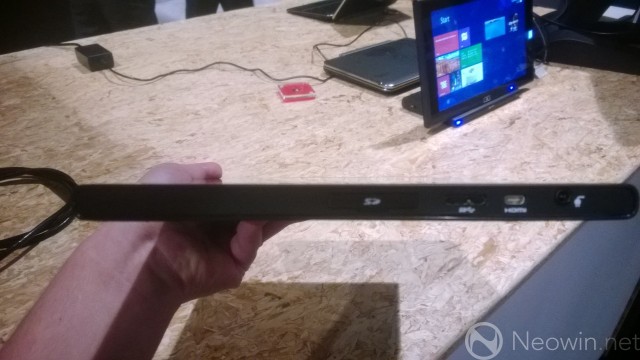 Its design is about as non-descript as you could imagine with no significant design flourishes. Given its status as a dev machine though, what's more important is the inclusion of features such as a mini-HDMI port, NFC and SD card slot. 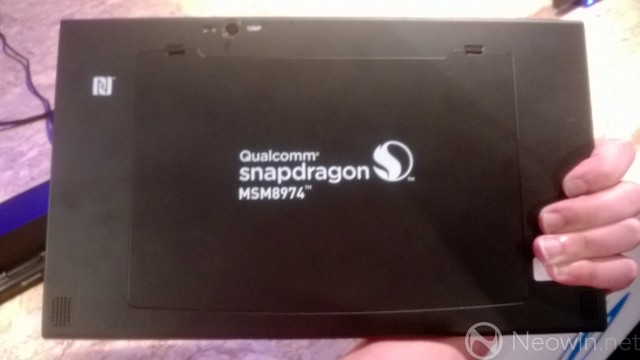 Qualcomm sadly wouldn't let us play with the device beyond sliding the tiles on the Start screen back and forth (they were initially reluctant to let us take any photos at all), and they didn't want to discuss too much about its specs either, revealing only that the machine has an 11.6-inch display (apparently running at around WXGA resolution), along with a 12MP camera. The Snapdragon 800 processor on the inside is running at 2.2GHz, and the reps confirmed that the device was running the Windows RT 8.1 Preview, which debuted yesterday. 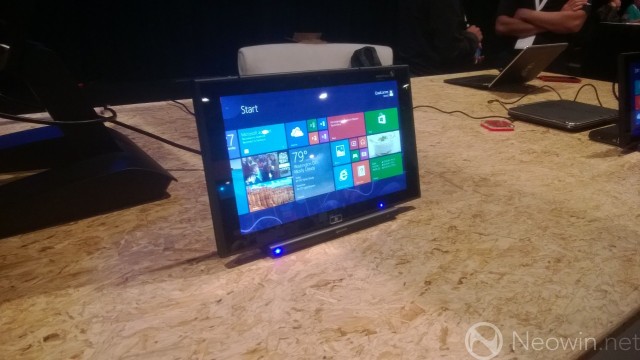 They wouldn't divulge any details as to when the first tablets with Snapdragon 800 will go on sale, but they did say that they've been "working closely" with Microsoft to optimise the new chipset for the Windows RT platform. Snapdragon 800 will bring support for higher-resolution displays - up to 2560x2048px - with an Adreno 330 GPU, along with the ability to natively encode and decode 4K video, as well as including integrated 3G/4G radios, opening up exciting new possibilities for future Windows RT hardware.