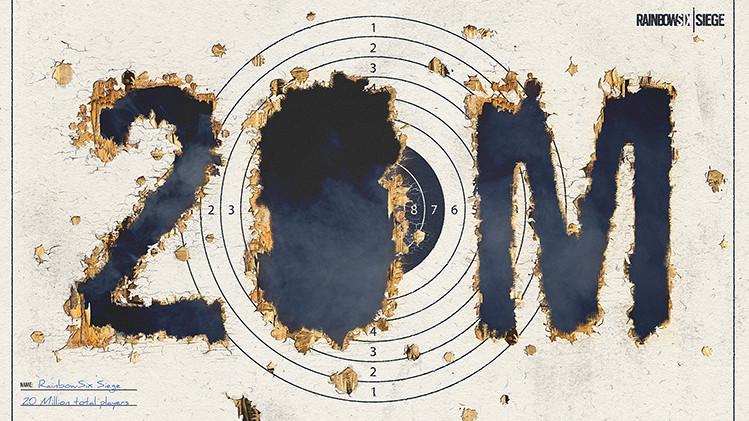 Rainbow Six Siege has come a long way since its release back in 2015, with Ubisoft continuing to support the tactical shooter with regular content and balance updates. The game has grown to include 30 Operators from various nationalities, up from the original 20 that it shipped with, not to mention a number of new maps.

It certainly seems like all the work put into the game has paid off, with the company announcing that Rainbow Six Siege now has over 20 million registered players, and over 2.3 million of them logging in every day.

Ubisoft's product director, Nicolas Lefebvre had this to say on UbiBlog regarding the game reaching this impressive milestone:

“Our community is growing and so is our ambition to make Siege a shooter that is here to stay, the next few weeks are very exciting as it marks the culmination of Operation Health and the release of our next season set in Hong Kong.”

Lefebvre mentions Operation Health; this was a three-month period of development announced back in May this year, in which the developer allocated its resources on bug-fixing and remedying other issues with the game, rather than introducing any new content.

With Operation Health almost at a close, the upcoming third season is set to bring three brand new operators, a new map, new weapons and more to the game. Ubisoft is showing no signs of slowing down its support for Rainbow Six Siege and judging by its impressive player-base, that seems to be the correct path to take.