After the release of Rayman Jungle Run and Rayman Fiesta Run on multiple platforms including Android, iOS, Windows and Windows Phone, Ubisoft has now launched its latest title, "Rayman Adventures". The popular platformer revolves around the beloved limbless adventurer, Rayman, and his companions as they embark on yet another dangerous mission. 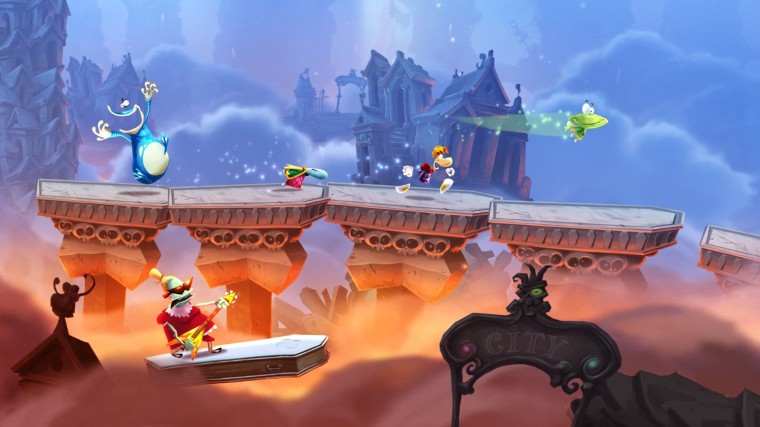 Embark on amazing adventures through legendary worlds on a quest to rescue the Incrediballs!

The enchanted forest is in trouble; the ancient eggs that sustain the sacred tree have been stolen and scattered across the world.

From haunted medieval castles to the mythical worlds of Olympus, Rayman, our fearless adventurer, and Barbara, his Viking companion, set out in search of the Incrediballs’ eggs to breathe new life into the sacred tree!

FEATURES
· Experience an exciting mix between ACTION and EXPLORATION
· SEEK OUT and COLLECT all of the Incrediballs and bring them home
· Unleash the POWER of the Incrediballs to conquer epic adventures!
· CARE for the Incrediballs: feed them, play with them and even MAKE MUSIC together
· GROW the tallest TREE in the world and soar above the COMPETITION!
· Set off on a gorgeous adventure with AMAZING VISUALS

Jump into the action and battle minotaurs, bandits and many other monsters in Rayman Adventures!

Unlike the previous titles in the series, Rayman Adventures is free to download, but does offer in-app-purchases of up to $100.

While the game is available across Android and iOS devices right now, there's some pretty bad news for Windows users. When Neowin inquired about the possible arrival of the game on the Windows platform, Ubisoft had the following to say:

@WinPhanPakistan No plans at the moment, but we'll be sure to let you know if there is any news. Thanks.

So don't expect a version of the game to arrive on Windows any time soon, but there's no knowing if these plans might change in the future. We'll make sure to keep you updated.