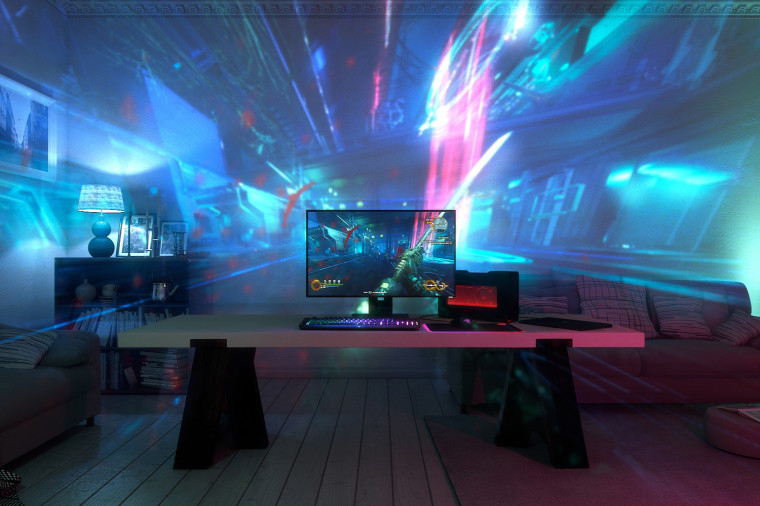 After unveiling Project Valerie, a gaming laptop with three 4K screens, Razer has revealed a conceptual gaming projector known as Project Ariana. This augmented-reality peripheral projects a changing series of lighting and video effects onto a given room environment, complementing whatever game is on-screen. Microsoft Research introduced a similar projector concept, IllumiRoom, at CES 2013, which, in conjunctionwith Kinect, extended the displayed field of view off-screen.

Min-Liang Tan, Razer’s Co-founder and CEO, stated in a product video that Project Ariana "utilizes room-scale scanning,” and technology that mirrors “how the human eye perceives the world” to create its immersive experience. The video below shows a demonstration of this concept in design.

Razer says that Project Ariana will automatically adapt its projection to the size and dimensions of a room, using “a pair of 3D cameras together with a custom calibration software to automatically detect your monitor and environmental factors such as furniture and room lighting.”

This device expands upon Razer's Chroma technology, which it claims is the "world’s largest RGB platform for immersive gaming," and one that is found in 5 million existing Razer devices, according to Tan. TechCrunch also reports that the projector will feature THX sound technology, a company which it acquired in late 2016. 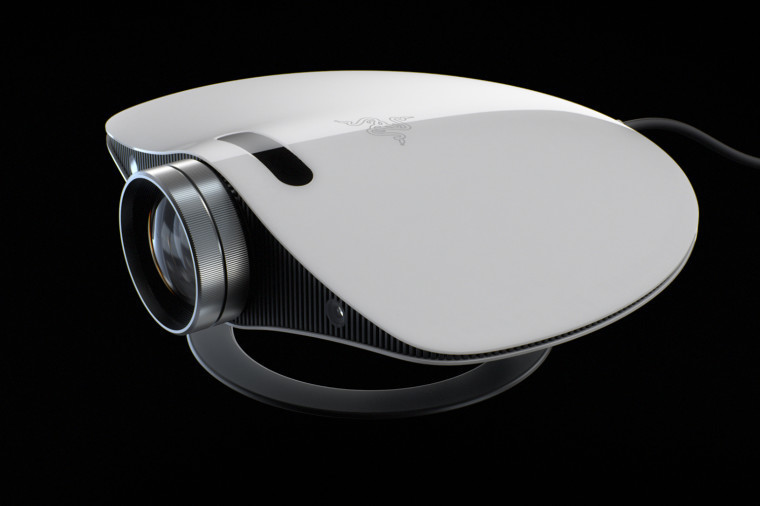