Microsoft has been working hard to improve the look of the company and how they want the public to see them and interact with them. This is by no means a small task, with Microsoft.com and Hotmail.com getting major interface overhauls in the past few months.

In addition to swapping the designs to Metro the Modern UI, Microsoft changed their logo for the first time since 1987, getting rid of the ‘Pac-Man’ branding they’d successfully used for 25 years. 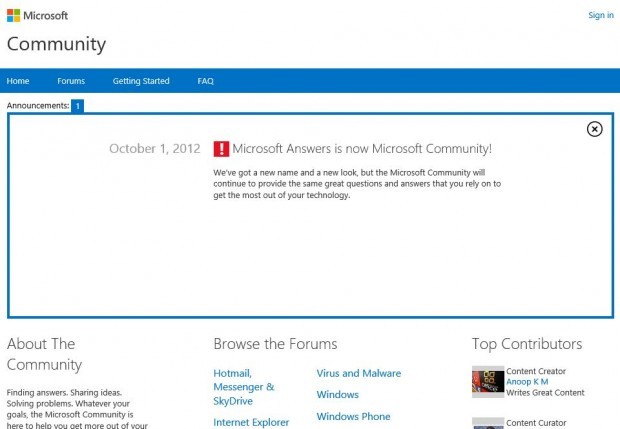 The next on the radar was now Microsoft Answers, and with the commitment shown in pushing all their user interfaces to the Modern UI, Microsoft has traded Answers for Community.

Microsoft Answers is the public forum created by Microsoft for all Microsoft product users to talk through issues and get any help or advice when required. It isn’t so much Microsoft answers as much as it is Microsoft users answer. Everyone from Microsoft staff, IT Pros and average Joe user visited the site for one reason or another. So rebranding to Microsoft Community gives something, no matter how small, back to the users for their efforts. 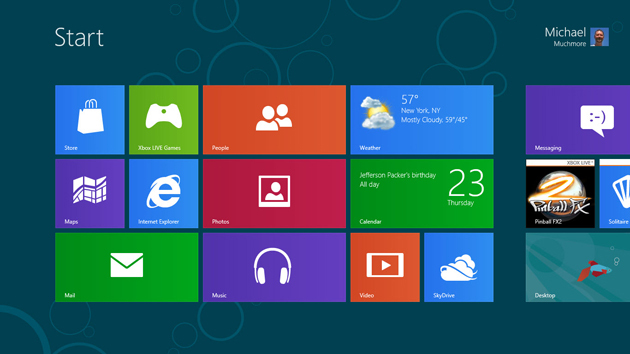 The Modern UI principles started as far back as Microsoft Encarta 95 and MSN 2.0, but flashes of the design principles were first seen in Windows Media Centre in Windows XP MCE. This was then carried over to Zune and then into Windows Phone 7. Since then, every Microsoft interface has been given the Modern makeover, with the most controversial being Windows 8 and the introduction of the Start Screen.

Thanks to member Matthew_Thepc for the tip