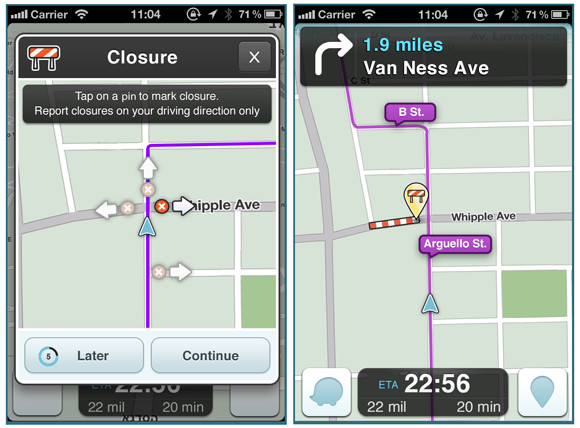 The report comes from the Israel-based website Calcalist.co.il, citing unnamed sources, adding they expect that the Windows Phone 8 port of Waze to be launched sometime in June. So far, Waze itself has yet to comment on these reports.

Waze was founded in Israel in 2008, although it now has offices in both Israel and in Palo Alto, California. The app updates its GPS and map data from its own community members, with those updates appearing on the map as quickly as 24 hours after they are submitted. Waze did release an app for Microsoft's older Windows Mobile OS, but so far it has yet to launch an app for the newer Windows Phone.

In February, Waze won the Best Overall Mobile App award at the Global Mobile Awards, held as part of the 2013 World Mobile Congress event. In a post on its blog that announced the award, Waze said that "40 million drivers" were using the service at that time.