Research In Motion has been showing off its latest and greatest mobile operating system at its annual BlackBerry World gathering this week. BlackBerry fans have given the new OS a fairly positive reception, highlighting new features such as its innovative camera software and intriguing on-screen keyboard as signs that the company is working to make BlackBerry 10 a genuinely interesting offering for its users.

But the platform’s existing user base may not be quite so happy if they were looking forward to a free operating system update. The company’s CEO Thorsten Heins has confirmed that there will be no support for upgrading BlackBerry 7 devices to the new BlackBerry 10 OS when it is officially launched later this year. 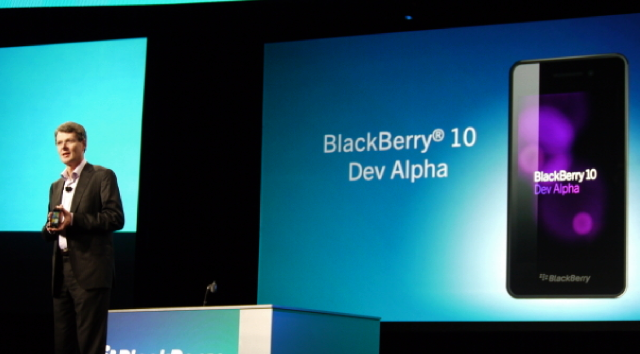 “As tough as it is, we have to build a new platform for the next decade,” Heins explained. “BlackBerry 7 has reached its level of perfection, but the architecture and technology is unable to take us forward into the next decade.”

There is some good news for BB7 device owners: RIM is planning to somehow improve on “perfection” and will maintain support for the platform. As TechRadar reported, Heins confirmed to BlackBerry World attendees: “We will keep a dedicated team of 200 for BB7 and continue to innovate in that space.”

The Verge suggests that RIM may actually be planning a two-tier smartphone strategy, with BlackBerry 7 on entry-level handsets (and presumably building on the success that RIM has seen with its devices in many emerging economies), with BlackBerry 10 providing a premium smartphone experience for mature markets.

No official BlackBerry 10 devices have yet been revealed, and the pre-release handset distributed to developers won't officially support the final version of BB10 when it launches later this year. The first consumer devices for the new OS are expected to be announced around August, with a launch date pencilled in for early October.