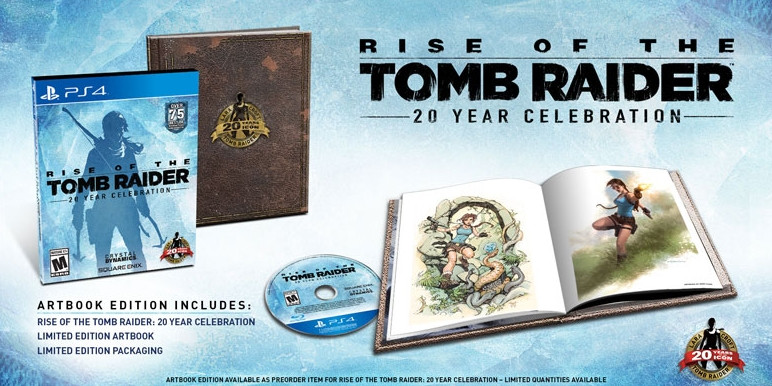 Last year, Microsoft announced to the world that the Rise of the Tomb Raider would be an Xbox exclusive. We would later find out that the title was in reality, a timed exclusive, and it looks like that time has finally come. Today, Square Enix announced that Rise of the Tomb Raider will be finally making its way to the PlayStation 4 on October 11th.

The title is currently available for pre-order via the Square Enix website and is priced at $59.99. The "Artbook Edition" will be available to those that order early enough while supplies last.