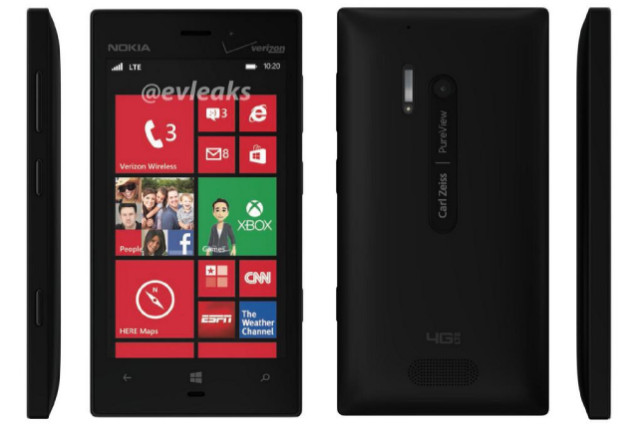 Bloomberg is reporting that Nokia will be unveiling the heavily-rumored Nokia Lumia 928 at some point next month, with the phone, of course, coming to Verizon in the United States. "Two people familiar with the plan" said the Lumia 928 will be shown off next month with a 4.5-inch display, 8-megapixel camera and a "metal body", although previous leaks have indicated the design will actually incorporate thinner polycarbonate.

All signs point to the Lumia 928 being a variant of the high-end Lumia 920, although some slight changes have been made including incorporating a Xenon flash, switching to AMOLED technology for the display, and using a thinner and lighter body. Through a variety of leaks, we've seen basically everything about the Lumia 928 apart from the finer details, with even Nokia's Stephen Elop acknowledging that "hero status" device will be launched "later this quarter" with "a leading US carrier".

The Verge believes that Nokia is waiting for Microsoft to finalize the GDR2 update for Windows Phone 8 before going ahead and launching the Lumia 928, and there's a possibility Nokia will bundle the advantages of their Lumia 920 PR2.0 update into the out-of-the-box software. Expect to finally hear something out of Nokia in May regarding the Lumia 928, ending a long run of speculation.