The reliable Windows 8 news site Winunleaked.tk has been slowly revealing more information about a recent build of Windows 8 it claims it has obtained from an unnamed source. Previous reports from the site have said it has discovered some interesting ports in this build, including a "ProWMC" (Windows Media Center) SKU and a Windows 8 China SKU. 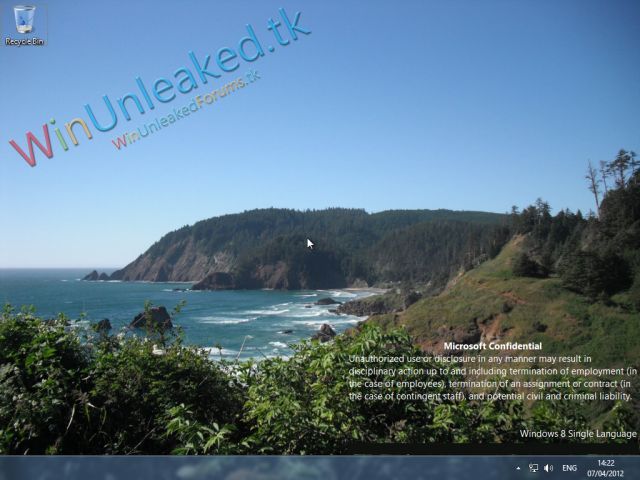 Now the site has posted up some more screenshots from this leaked build and this time it claims to have found yet another SKU variation, Windows 8 Single Language. The port is also known as Core Single Language. The article points out that unlike the Windows 8 China SKU, this new port can be installed with any localized build.

Other than the fact that this SKU build doesn't seem to have Windows Media Center, this seems to be a fairly basic version of Windows 8. However, it's important to point out that Microsoft has yet to confirm any of its final Windows 8 SKU release plans and could change them prior to the launch of the OS.

WinUnleaked.tk has already claimed that Microsoft is targeting a late May-early June time frame for a release candidate version of Windows 8, with a final version due to ship sometime in October. Microsoft has said that it plans to launch Windows 8 sometime by the end of the year but has been quiet about giving any specific release dates.