The Russian government has asked Apple Inc to hand over its closely-guarded source code so that Russia can make sure no Western governments, like the United States and the UK, are using any Apple-made products to spy on them.

The request, which Russia also extended to multinational software company SAP, comes after increased tensions between Russia and the world over the crisis in Ukraine. The United States significantly expanded sanctions on Russia following the downing of Malaysia Airlines MH17, including placing sanctions on a number of prominent Russian banks and manufacturers like VTB and Kalashnikov Concern, which famously produces the AK series of firearms. 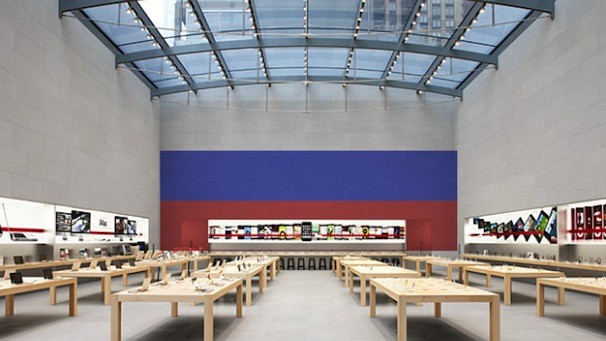 Russia says its concerns are rooted in privacy, and that the request is "designed to ensure the rights of consumers and corporate users to the privacy of their personal data, as well as for state security interests." But the request that Apple hand over its source code for "consumers' rights" comes at a very opportune time, especially for a government which has received heavy criticism in recent days for its use of state-controlled media to influence opinion on the invasion of Crimea and the wider Ukraine conflict.

There is no word from Apple on whether they will comply with Russia's request to release their source code, but given that the company relies heavily on patents and proprietary technology for all of its mass-market products, anything that could compromise product security is against their best interest.

The Russian government has seen a heavy focus on technology recently, perhaps in response to increased internet usage amongst the country's citizens. The Russian Duma recently approved a law requiring all internet companies like Facebook and Google to store user data within the country or face being banned, and the Interior Ministry offered a nearly $114,000 reward for anyone who could show the government how to crack Tor and de-anonymize users. With its most recent request to Apple, the Russian government could certainly be concerned about user privacy as they claim -- but considering the country's less-than-stellar track record for privacy and internet freedom, Apple releasing any sensitive information at Russia's request may do more harm than good.