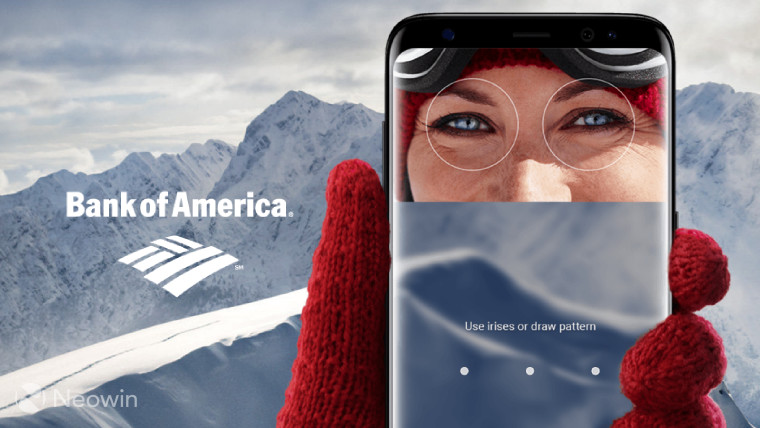 Samsung and Bank of America (BoA) are teaming up for a pilot program using the new Galaxy S8 flagship phones. The trial will involve the use of the iris scanner on the handsets, to assess its potential for securely authenticating access to mobile banking services.

Michelle Moore, BoA's digital banking chief, told American Banker that the pilot scheme is part of a wider effort at the bank to explore the use of biometrics and other technologies. She explained:

At some point, passwords will be a thing of the past and we need to take friction out of the authentication and verification process. It’s not just biometrics. It’s really around who you are, the Bank of America customer, what is your digital ID, and no matter which channel you choose to interact with us, you can use that identity to authenticate and let us know you are who you say you are.

BoA is also exploring the use of facial scanning and voice recognition technologies. Many BoA customers are no strangers to biometric authentication; over half of those who use mobile banking are already accessing and managing their accounts with fingerprint scans.

As part of the pilot program, around 1,500 BoA and Samsung staff will test the iris scanner on the Galaxy S8 and S8+ with mobile banking services. Moore said that a pool of employees will be selected to accurately represent the demographics of the bank's customers.

Samsung is already working with British bank TSB to introduce iris scanning support to its mobile banking app from next month.

Shortly after the Galaxy S8's launch earlier this year, it emerged that the handset's iris scanner could be 'defeated' with the use of a printed photo and a contact lens. Samsung later dismissed that technique as unrealistic, and said that it was "hard to see [it] happening in real life".