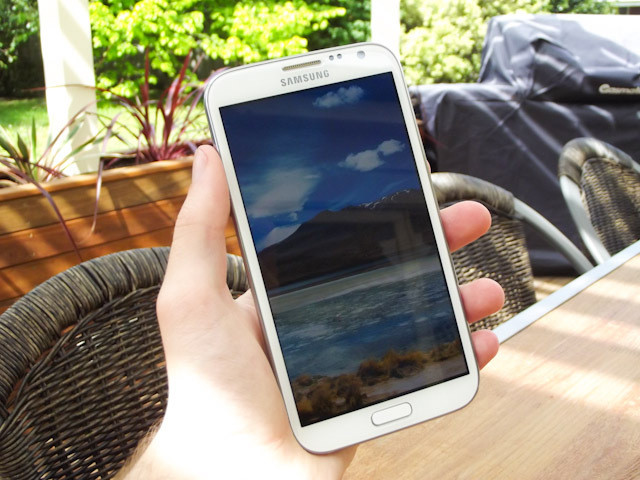 There's big, there's really big and then there is, "It's so big, it's unusable." Samsung made waves in 2011 when it launched the Galaxy Note smartphone with a big 5.3 inch screen. The new Galaxy Note II has a slightly bigger screen at 5.5 inches.

Even with these large displays, reviews of both smartphones have been mostly kind. However, they always added that Samsung was perhaps testing the size limits of what might be acceptable for a device of this kind. Now a new report claims that Samsung could be willing to take a chance that people will buy a smartphone with a much bigger screen.

Buried in a story on the Korean Times website on how Samsung is reducing its investment in LCD screens, the story adds near the end:

In a related note, the world’s biggest technology company has been developing the Galaxy Note III with a 6.3-inch screen using an OLED display, according to officials from local parts suppliers ...

Take that in for a second: Samsung could release the Galaxy Note III with a 6.3 inch screen. That's a full inch bigger than the original Galaxy Note. Of course, Samsung has yet to confirm any of this, so this news may not be true. However, we think having a smartphone that's 5.5 inches is the limit in terms of putting the device in a pocket. We think going any higher would cause people to consider the Galaxy Note III a smaller tablet, rather than a really big smartphone.