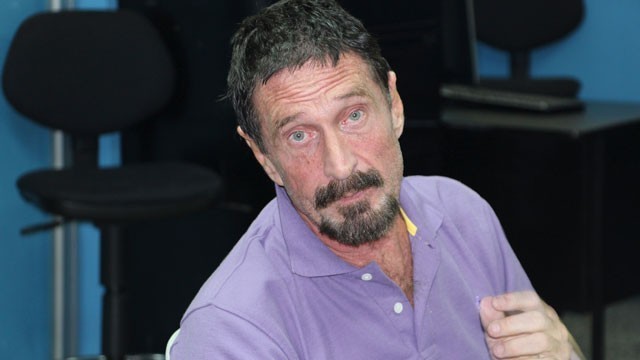 John McAfee said a few days ago he wanted to return to his native United States and late on Wednesday night he got his wish. The man who founded the McAfee antivirus software company, later acquired by Intel, was deported out of Guatemala and ended up in Miami.

Earlier this month, McAfee made his way to Guatemala from Belize, several weeks after the murder of American businessman Gregory Faull in that country. The government of Belize have claimed from the start that they merely want to question McAfee but he says that Belize law enforcement officials are corrupt and want to blame Faull's murder on him.

A few weeks ago, McAfee went on the run. He eventually made his way to Guatemala and was later arrested for entering that country illegally. Now McAfee, safe in Miami, told ABC News that his actions were in fact a way to get the media to report what was happening to him. He said:

What's a better story, millionaire mad man on the run. You [the media] saved my ass. Because you paid attention to the story. As long as you are reporting, it is hard to whack somebody that the world is watching.

Even though he is now in his native country, the 67 year old McAfee says he is now broke, leaving behind an estate in Belize, his assets and his 20 and 17 year old girlfriends behind. He said, "I've got a pair of clothes and shoes, my friend dropped off some cash."