Yesterday, Samsung officially announced press invites for its unveiling of the Galaxy S9 at the Mobile World Congress (MWC) in Barcelona. However, a new leak from China has shown off what we can expect to see when Samsung takes the wraps off the S9 variant. 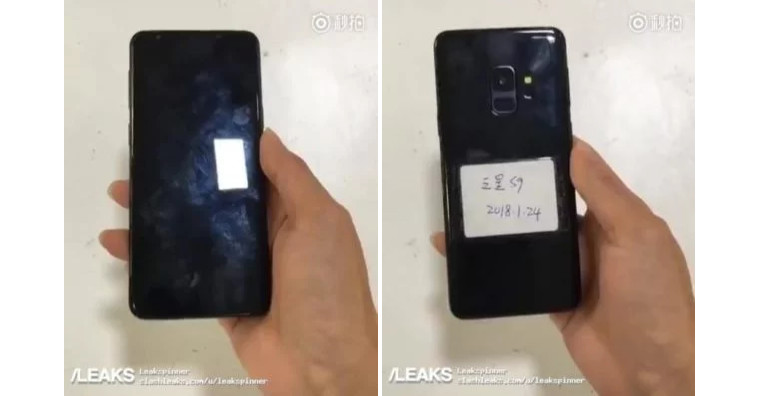 As shown above from the video stills that you can view below, it appears to be the S9, which will be a single lens variant, it shows the previously rumored configuration for the fingerprint sensor below the camera and a LED flash to the right of the sensor array.

The five-second-video, first spotted on China’s Weibo, shows the front and the back of what Gizmodo China calls a "dummy" (or a casing without all of its internals). The site further states that the S9 will have even smaller bezels than the S8 (if that is even possible), which would be no mean feat since other rumors have claimed that the S9 will have to house a second speaker near the mic.

In any case, it is hard to tell if the bottom and top bezels are thinner with the screen not being on. Other rumors indicate that in terms of looks, the Galaxy S9 will not look too different from the 2017 Galaxy S8, which seems to be accurate from the above video. The handset will come with a 5.8-inch Quad HD+ Super AMOLED display as well as 64GB of internal storage, 4GB of RAM, iris scanner, and stereo speakers by AKG.

Naturally, we shall know for sure when the live streaming of the Barcelona Unpacked celebration becomes available at the Samsung U.S. Newsroom, Samsung.com/galaxy, and the Samsung Mobile Press sites at 12 p.m. EST on February 25, 2018 (6 p.m. CET).