Samsung's Galaxy Note7 fiasco has been the talk of the town recently, with a number of faulty units going around, forcing the company to issue a recall. Due to the danger it poses, the US Consumer Product Safety Commission followed up with a more formal recall, after receiving 92 reports of batteries overheating in the US alone.

It emerged a little over a week ago that Samsung is preparing to issue new devices to those who have been affected by the issue. The company also released an online tool for the United States which lets owners enter their Note7's IMEI number or serial number, and find out if their handset is affected. To be able to do this, users can dial *#06# into the dialer app, which will then display the device's IMEI number. Alternatively, they can also check for the IMEI or serial number in the box that the Galaxy Note7 came with. 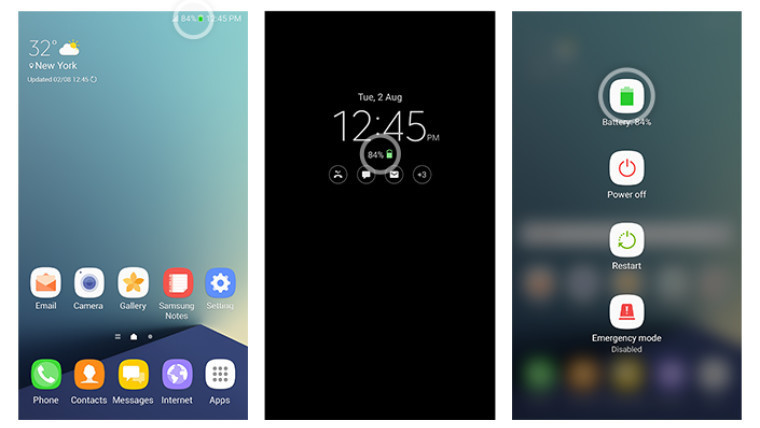 Samsung also issued a statement, helping users feel more at ease with the new device they have at hand. A new green battery icon, shown above, will be introduced with the new handsets, which will be visible on three areas: the status bar, the Always-on Display screen, and the power off prompt screen, which can be accessed by long pressing the power button. The colour change informs the owner the device's battery is not one of the known faulty units, therefore classified as safe. The old battery icon was simply white. Additionally, a small black square can be found on the barcode sticker of the Galaxy Note7 box.

The battery icon will change for users after a software update has been pushed out to them, although Samsung did not indicate when this will be available.

Thanks for the tip, Rosyna Keller!