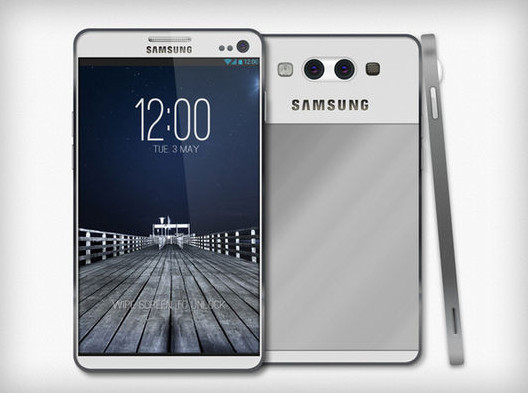 An artist's render; could this be the Galaxy S IV?

Technology as a whole moves a breakneck speeds. If you stand still for longer than a few months, you get left behind. When the iPhone 5 was announced, it took Samsung just five days to confirm to the world that the Galaxy S IV was coming, but rumours about a move to accelerate the release date to March 2013 were refuted by Samsung.

With CES 2013 due to kick start the technological New Year on January 8 to 11, Samsung is now looking to show the next Galaxy smartphone to the world at the event. But what can we expect from the handset?

Sources in Korea citing company insiders say the phone will sport a 4.99-inch, Full HD Super AMOLED screen. The AMOLED panel is said to be “very thin” with low power consumption and high contrast and refresh rates. It’s also said to have a pixel density of 441 ppi, which isn’t too far off hitting the resolution of the human eye (477 ppi).

No other information is provided on the specs of the phone, but expect it to include the latest and greatest Exynos processor from Samsung – probably the Adonis – and at least 2GB of RAM, like the latest Nexus from LG and Google. Although the specs below have leaked before now, nothing is confirmed, so take these with a pinch of salt.

If Samsung can turn the technology into mass production, that March 2013 release date is looking a lot more likely.