Samsung is reportedly working on 'Lite' versions of some of its most popular Android devices, such as the Galaxy Note 3, Galaxy Grand and Galaxy Tab 3 which are expected to be announced early next year.

SamMobile has learned from its sources that Samsung is planning to announce Galaxy Note 3 Lite and Galaxy Grand Lite smartphones at the upcoming Mobile World Congress in February, which would continue the company's efforts to make devices available across all price points while retaining the branding from its premium devices.

The Note 3 Lite is claimed to have an LCD screen of between 5.5 and 5.7 inches, which would be a downgrade from the AMOLED screen from the Note 3, in addition to a lower-resolution camera. It is reported to have a product number of GT-N7505 and will be launched in black and white colour variants. Other specifications are not currently known. 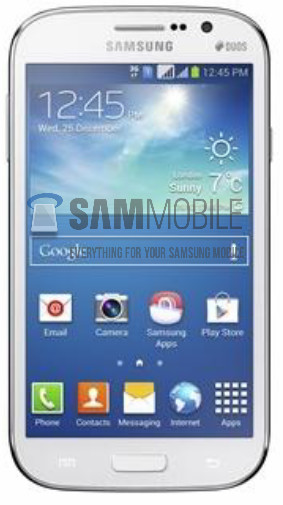 The Grand Lite, GT-I9060, will reportedly feature a 5-inch LCD screen with WVGA resolution, 1.2GHz quad core processor, 1GB of RAM, 8GB internal storage with microSD slot, 5-megapixel rear camera, VGA front-facing camera and a 2,100mAh battery. It will be available in black, lime green and orange variants according to SamMobile's inside information.

The Tab 3 Lite, SM-T11, is rumoured to launch at the end of January with pricing around 100 Euros. It will be available in both Wi-Fi and 3G variants but no other specifications are known for the tablet.

Samsung launched a "Mini" version of their flagship Galaxy S4 earlier this year with a smaller screen but the "Lite" versions are expected to retain the screen size while compromising on other hardware.