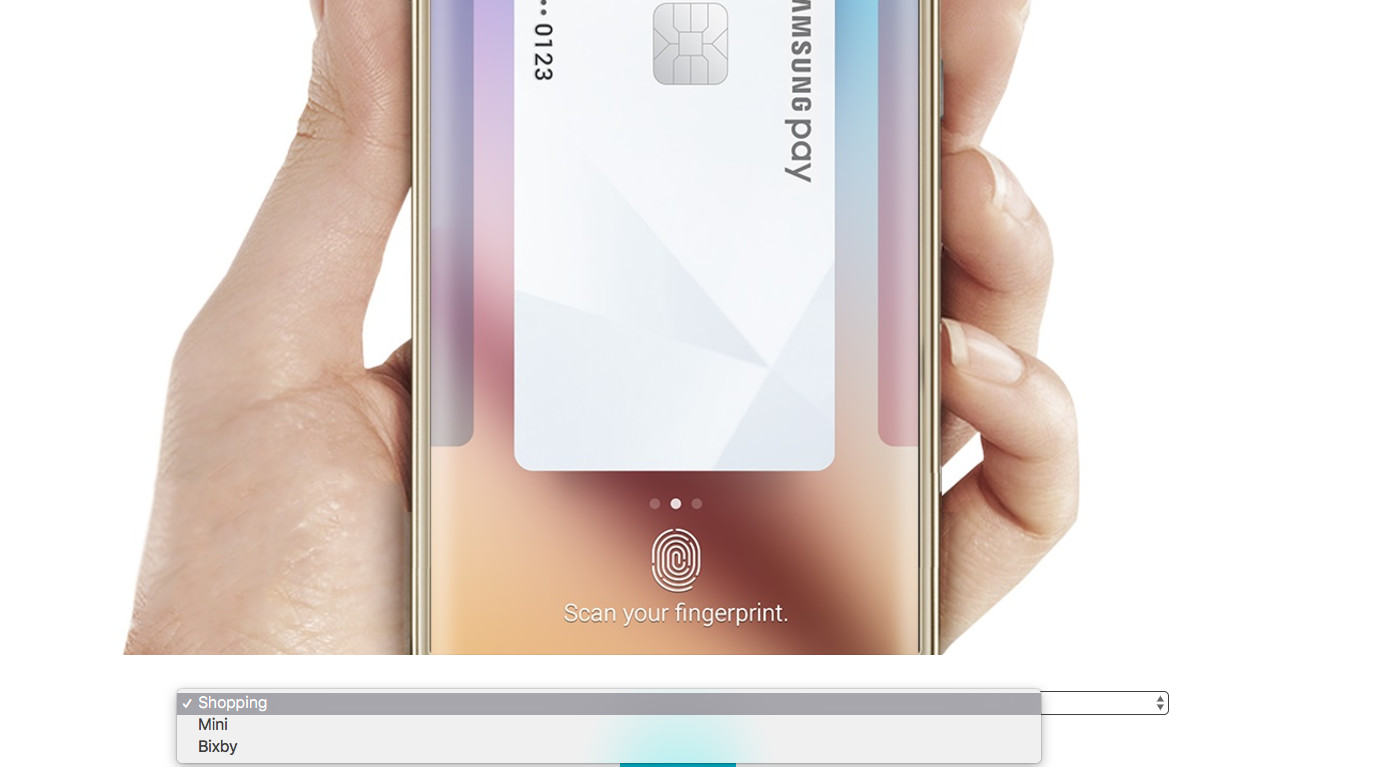 When it comes to 2017, Samsung has a lot riding on its next handset, the rumored Galaxy S8. But aside from the actual hardware of the device, it looks like Samsung is trying to expand its software offerings into other areas beyond its own handsets. Today, a beta page for Samsung Pay confirms the rumored 'Bixby' assistant and also unveils something new with Samsung Pay 'Mini'.

Samsung Pay has been a feature that was previously only available on its own handsets. The exception to that would be if you own a Gear S3, but beyond that, Samsung has kept its mobile payment platform to itself. According to the folks at SamMobile, it appears that Samsung might be looking to expand, giving others the chance to pay using their preferred device by offering a more basic version of its app dubbed Samsung Pay Mini. Along with the above plans, it looks like its digital assistant, Bixby, could play a role in processing payments, although it is unclear at this point how it will work.

With a few months left before the rumored unveiling, it will be interesting to see how the S8 will turn out in its final form. The rumors of the S8 started even before the demise of the Galaxy Note7, with suggestions that the upcoming handset could follow the trend and offer dual cameras. But the more juicy details arrived later, portraying the S8 as something far sleeker by ditching its home button and going for a true bezel-less screen. Also since it is a flagship, Samsung could be looking to push the envelope when it comes to internal hardware and might unveil a device with 8GB RAM.

While Samsung has typically unveiled its handset at Mobile World Congress in Barcelona, there have been reports that the firm might hold its own private event in New York sometime in April.