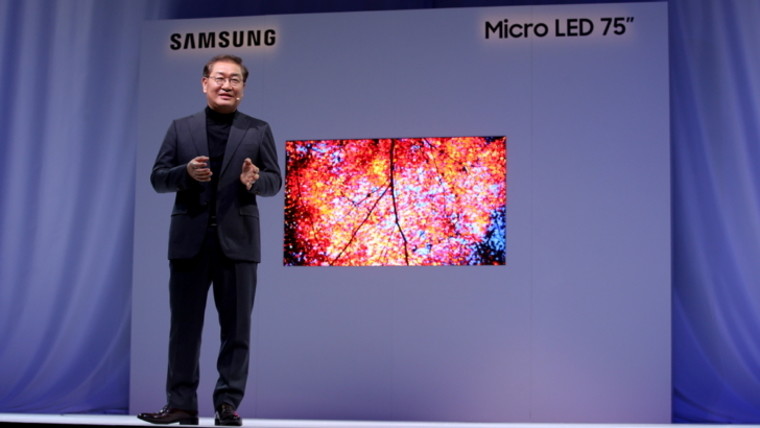 Samsung has announced two new displays using modular Micro LEDs, building off technology used in its The Wall product introduced last year. The two new entrants include a 75” display which was designed to be more home-friendly than The Wall, the other product is a 219” The Wall, which is a bigger variant of the 146” model from last year.

“For decades, Samsung has lead the way in next-generation display innovation. Our Micro LED technology is at the forefront of the next screen revolution with intelligent, customizable displays that excel in every performance category. Samsung Micro LED has no boundaries, only endless possibilities.”

Samsung didn’t really provide many specific details about the smaller 75" 4K Micro LED display or the 219” 'The Wall'. It did say, however, that it was able to produce a 75" display by making the gap between the Micro LEDs even narrower than before.

The firm will be present at booth #15006 in the Central Hall of the Las Vegas Convention Center at CES 2019 from January 8 - 11. Hopefully we’ll hear more technical details and how much each display will cost, but one thing is for sure, they won’t be cheap.