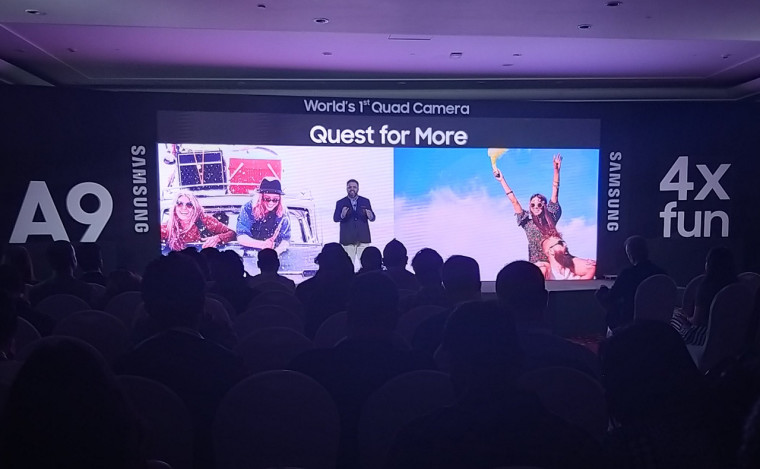 Last week, Flipkart teased a Samsung Galaxy A9 (2018) launch for November 20 in India. At an event in Gurgaon today, the South Korean tech giant has officially introduced its latest mid-range smartphone for the Indian market.

While the device was initially believed to be a Flipkart-exclusive offering, pre-bookings are also now open on Amazon's India website. It will come in Bubblegum Pink, Caviar Black, and Lemonade Blue. Shipping will start on November 28.

As a brief recap, the latest iteration of the Galaxy A9 sports a 6.3-inch Full HD+ AMOLED display and boasts a quad-camera setup on the back of the device, with a 24MP main lens paired with a 5MP depth sensor, an 8MP ultra-wide lens, and a 10MP telephoto camera. On the front of the phone is a 24MP selfie shooter. It's powered by Qualcomm's Snapdragon 660 and packs a 3,800mAh battery.

India is undeniably one of Samsung's important markets, and it also recently released the Galaxy A7 (2018) there. The latest product launch marks the company's growing effort to bolster its presence in the country amid strong competition with major Chinese rivals including Xiaomi and Huawei.