Earlier this year, Huawei unveiled the P20 Pro, its latest flagship phone equipped with a triple-lens camera along with the P20 model. While it should be noted that the P20 Pro is the first smartphone to boast such a camera, the device is no longer alone in this category as Samsung announced today the Galaxy A7, the latest addition to its mid-range series featuring a triple-lens rear camera. 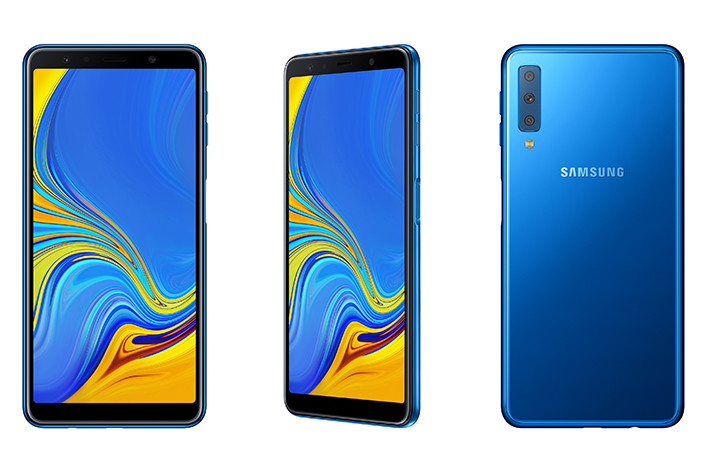 The handset is most notably Samsung's first device to include a triple-lens camera. The latest iteration of the Galaxy A7 apparently improves on the 2017 version of the device announced earlier last year. The triple lens mounted on the rear camera module of the device includes a 24MP auto-focus lens, an 8MP ultra-wide angle (120°) lens, and a 5MP depth lens for adjusting the bokeh effect.

Samsung obviously wants to focus on the camera with the new Galaxy A7. The device's 24MP lens works to combine four pixels into one pixel in low light environments in order to automatically accommodate more light. The camera also features Scene Optimizer for classifying objects based on nine categories and modifying the color, contrast, and brightness. The categories include Food, Portraits, Flowers, Indoor scenes, and Landscapes, among others.

Other key specs of the device include:

The Galaxy A7 also features Bixby, Samsung Pay, NFC support, and Samsung Health. The device will be available in select European and Asian markets beginning in the fall, with Samsung planning to release the handset to other markets in the near future.