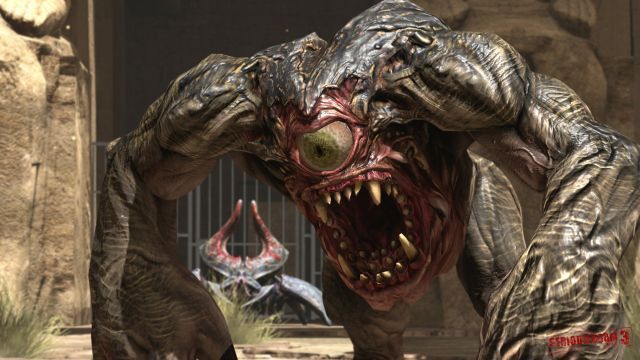 The Serious Sam first person shooter game series have always been known for over the top gameplay, lots of monsters on screen at once and large outdoor environments. Today the game's developer Croteam and publisher Devolver Digital have officially announced that the next game in the series, Serious Sam 3: BFE, will be released for the PC via download on October 18 for $39.99.

People who pre-order the game before its release date will get a 10 percent discount off its normal price. Also people who already own any of the previous Serious Sam games will get an additional 10 percent discount off Serious Sam 3: BFE. Pre-orders will also get an exclusive multiplayer avatar; Fork Porker, the fictional CFO of Devolver Digital. To celebrate today's announcement all of the previously released Serious Sam HD titles and bundles are on sale  from now until Thursday for 66 percent off today via Steam or 85 percent off if you pre-order Serious Sam 3: BFE.

Devolver is also offering a Serious Sam 3: BFE Digital Serious Edition for $49.99 with lots of extra content including free copies of the Serious Sam: First and Second Encounter Classic games, some exclusive multiplayer character models, a timed exclusive on the Sniper Scope for AS-24 "Devastator" Weapon, a collection of movies and trailers, a behind-the-scenes video, the game's soundtrack, a digital art book and more.

In related news, Devolver has announced that Serious Sam: Double D, the first of three planned Serious Sam games created by indie game developers, will be released for the PC on August 30. The $7.99 game, developed by Mommy's Best Games, is a 2D side-scrolling action game where you have to battle through lots of enemies from small to truly massive. The game also lets players "stack" up guns on top of each other in some truly bizarre combinations. Two more Serious Sam indie games are due for release in the coming weeks.