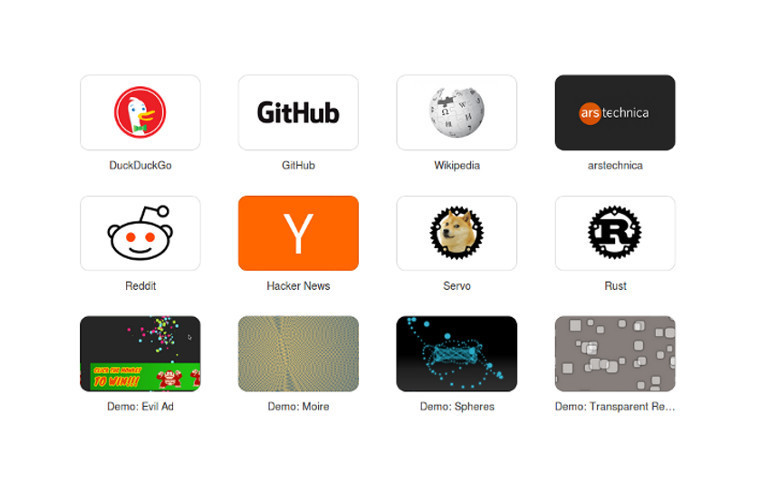 The first nightly builds of the Mozilla-Samsung developed Servo web rendering engine are now available. The initial builds are only available on the Linux and Mac platforms but the developers plan to release builds for Windows and Android soon. The build comes with a browser wrapper which is still a little buggy, and a new tab page which has links to popular sites and graphical tests, which Servo handles a lot better than the current version of Firefox.

The announcement makes clear that the browser is just a nightly and isn't fully web compatible just yet:

“To make the Servo engine easy to interact with, we are bundling an HTML-based browser UI. While our engine is not yet fully web compatible, we want to give a larger audience the chance to start experimenting with and contributing to Servo.”

The Servo engine is built using the Rust programming language which saw its first stable release in May 2015. Servo is considerably faster than the Gecko engine but it will probably be a long time for Mozilla to put Servo into a release version of Firefox; such a change would likely be the biggest since Firefox launched.

Now that the nightly builds of Servo have started to roll out, those maintaining the project are seeking external assistance to fix bugs. The blog post invites anyone with skills in writing Rust, JS, Python, or shell scripts to help out. The team is also interested to see what web developers can do with Servo's capabilities. You can find binaries and instructions on the Servo Developer Preview Page.