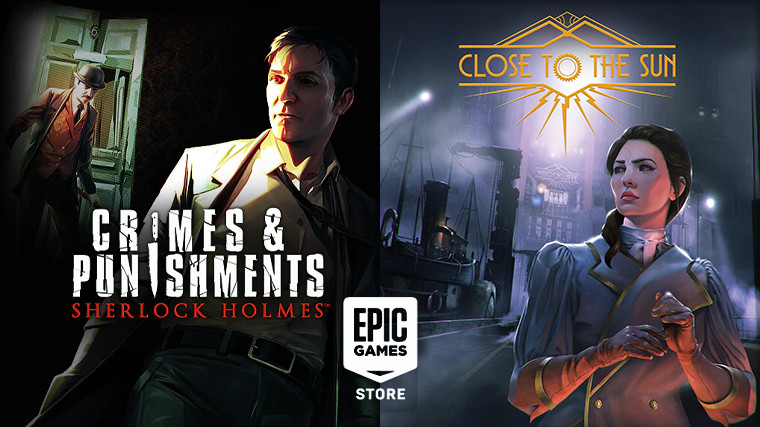 Epic Games Store has put on offer Sherlock Holmes: Crimes & Punishments and Close to the Sun to claim for free this week, taking the place of Drawful 2, Hob, Gone Home, and Totally Reliable Delivery Service.

Sherlock Holmes: Crimes & Punishments is the seventh title in the series of Sherlock Holmes games developed by Fogwares. It is inspired by the original stories written by Arthur Conan Doyle and is set in the suburbs of London during the late 1800s. Here’s how the Epic Games Store describes the title:

Become the most celebrated detective of all time: Sherlock Holmes! Use your impressive talents as a detective to solve six thrilling and varied cases.

Close to the Sun is a first-person horror adventure set in 1897. Originally released in 2019, the game was received with mixed reviews, and was most notably compared with the Bioshock series. Here's how the Epic Games Store describes it:

It’s 1897. Deep in international waters, the Helios stands still. Dark clouds loom overhead as unforgiving waves crash against the hull. Colossal effigies of gold, decorated with magnificent finery, stretch as far as the eye can see.

Epic Games Store is offering Sherlock Holmes: Crimes & Punishments and Close to the Sun to players on Windows. Here are the minimum requirements for the games:

If you wish to claim Sherlock Holmes: Crimes & Punishments or Close to the Sun, you can find them here. They will be free to claim until April 16, which is when Epic will put on offer Just Cause 4 and Wheels of Aurelia for its next giveaway. Along with this giveaway, the Epic Games Store is also hosting its Spring Sale event until April 16.