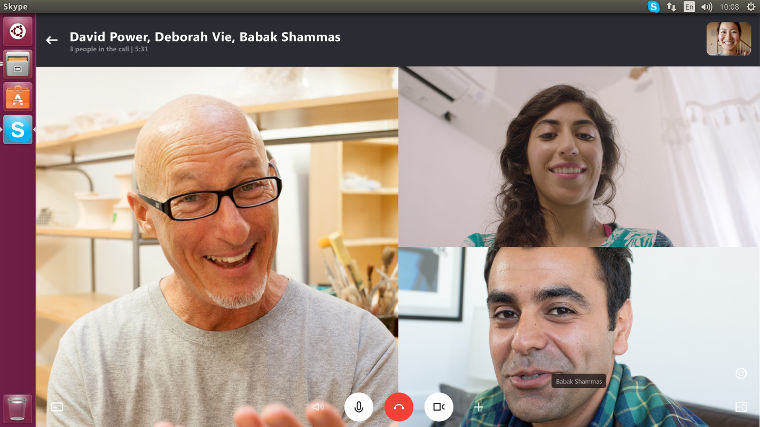 Canonical has announced that the popular VoIP client, Skype, is now available as a snap, making it much easier to install in popular Linux distributions such as Ubuntu and Linux Mint, and keep it updated. The Skype client joins a growing number of snap packages; Spotify was released not long ago in the package format too.

“Skype has been enabling the world’s conversations for over ten years. We want to be able to deliver the same high quality experience on Linux as we do on other platforms. Snaps allow us to do just that, by giving us the ability to push the latest features straight to our users, no matter what device or distribution they happen to use.”

Snaps, which launched in 2016, are containerised software packages designed to work on any Linux platform, whether that be on desktop, the cloud, or IoT devices. They are much more manageable than repositories, as they come bundled with all the software requirements needed for the app to run. They’re sandboxed, keeping them away from sensitive system items, and allow developers to push updates directly to users and roll back features if things go wrong.

“We’re delighted to welcome Skype to the snaps ecosystem. Skype, and the ever growing number of snaps it joins, looks to put the Linux user first, allowing them to enjoy the latest versions upon release and provide a wider range of application for users to choose from.”

To install the new snap, head over to the Snapcraft.io website and download it. It will work on whichever distributions has snap installed. It’s available on distributions including Ubuntu, Linux Mint, Manjaro, Debian, Arch Linux, OpenSUSE, and Solus.