Microsoft's Skype team has made the decision to stop development of its app made for Windows Phone 7 devices. In a post on the official Skype blog today, the team stated they will now concentrate their efforts on Windows Phone 8 app development. 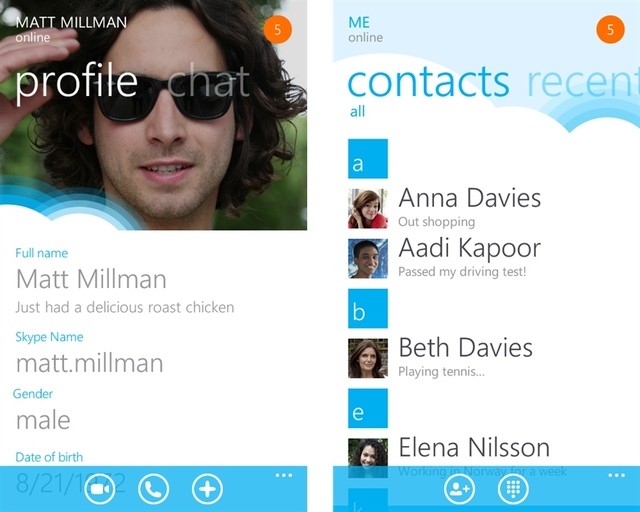 The blog post stated that the Windows Phone 7 app will remain available to download from the Windows Phone Store and people who have already installed the app will still be able to use its features. Skype released the first non-beta version of the app in April 2012. However, the app for Windows Phone 8 has gained a larger user base since it launched in a preview version in November 2012. The blog stated:

The move to abandon Windows Phone 7 updates for Skype is somewhat expected as sales of smartphones with the older version of the OS have quickly been exceeded by those with Windows Phone 8, especially due to sales of low cost phones from Nokia's Lumia family.