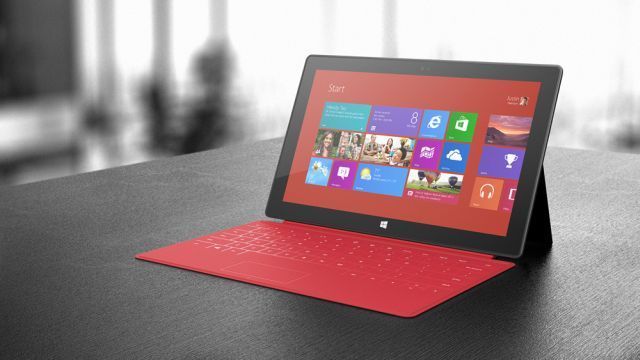 A few days ago, Microsoft sent out emails to some residents in the UK and Canada who were among the first to pre-order the Surface tablet. The email said that their shipment times for the Surface tablet would go beyond October 26th. Microsoft later said the emails were sent in error. Now it appears that some early Surface pre-orders in the UK have been delayed after all.

TheVerge.com reports that some UK consumers who were expecting to get their Surface tablets today can now expect them between now and October 30th. In an email to the affected customers, Microsoft said that it apologizes for "any confusion" as to the shipment date of the tablet. The email does not state what caused the problems with the delayed shipments.

Microsoft is offering those customers that are affected by the delay an email coupon code worth £50 that can be used on the Microsoft Store UK website to purchase any item. The folks who bought the Surface might conceivably use it to cut down the price on one of the tablet's Touch or Type Covers.

As we reported earlier today, shipment times for both 32 GB models of the Surface in the UK have been pushed back by three weeks for those looking to order today.