Now that Microsoft’s console is finally arriving in many people’s homes, some unexpected hardware issues are popping up.

Quite a few of the Xbox One’s early adopters have taken to the internet to show an important issue that they’ve encountered on their devices. It seems like some consoles have a faulty disc drive which means it can’t be used.

As you can see in these videos, whenever a user tries to use a disc, the drive makes a very disturbing sound, and then pops the disc right out.

These are almost certainly hardware defects due to the very large numbers of consoles that the suppliers have to build to meet demand. Hopefully, they’re just isolated incidents and not a symptom of greater problems, such as some rumoured employees sabotaging consoles.

Unfortunately that’s not all. A few other users, including one of our own forum members, have received brand new consoles that already have marks and problems with the casing. Again, these seem to be isolated incidents so far, and we hope Microsoft will deal with them swiftly. 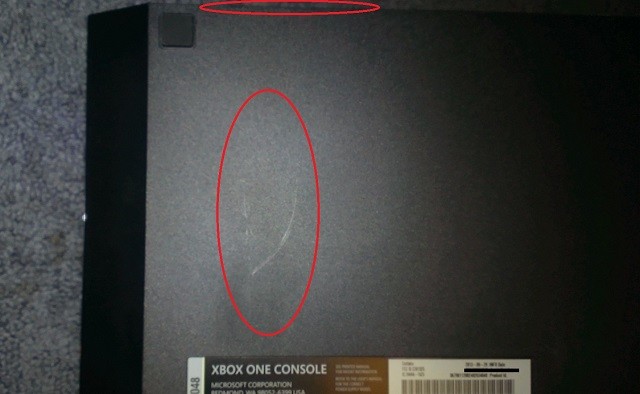 Update: Microsoft got back to us, unfortunately they only gave a general response saying: "We know that with a hardware launch of this magnitude customers will have questions and we have many avenues for customers to get the answers they need and get back in the game as soon as possible. Rest assured we plan to take care of our customers.". They also advise any Xbox One user that's experiencing issues to contact them via their official channels to resolve any issues. Sorry folks, looks like the company isn't ready to address any specific issue just yet.

Have you bought an Xbox One? Let us know if you’ve experienced any issues in the comments below.

Via: Neogaf and Neowin Forums (for many more pics)