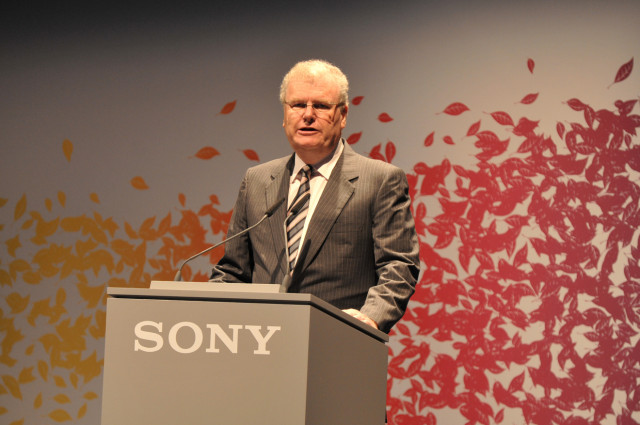 Current Sony Chairman, Howard Stringer, is set to retire this June at the annual shareholder's meeting after working at Sony for over 16 years.

The 71 year-old British businessman noted the transition would let him "pursue new opportunities I [Stringer] have been presented with lately", Bloomberg reports.

Stringer stepped down as Sony CEO last year, handing the post over to Kazuo Hirai.

Hirai said today in a statement: "Howard's achievements as CEO of Sony are innumerable; from breaking down silos and driving 'Sony United', to fundamentally realigning the focus of Sony's product development".

Before acting as CEO between June 2005 and April 2012, Stringer previously was head of the Sony Corporation of America. Through times of turmoil and rising competition from Samsung, Apple, and Sharp, Stringer was appointed to the top position. Stringer however struggled to guide Sony through a period in which competitors were manufacturing products more efficiently at lower prices. Erudite marketing know-how and a user-friendly image from Apple secured the wholesale destruction of the Walkman through staggering iPod sales numbers.

In an attempt to return Sony to profitability, CEO Kazuo Hirai has held something of a multi-national yard sale, auctioning off the company's U.S. headquarters as well as a Tokyo building. Consequently, a combination of the aforementioned fundraising and hype surrounding the upcoming PlayStation 4 have allowed Sony (ADR) stock prices to grow 53% this year.