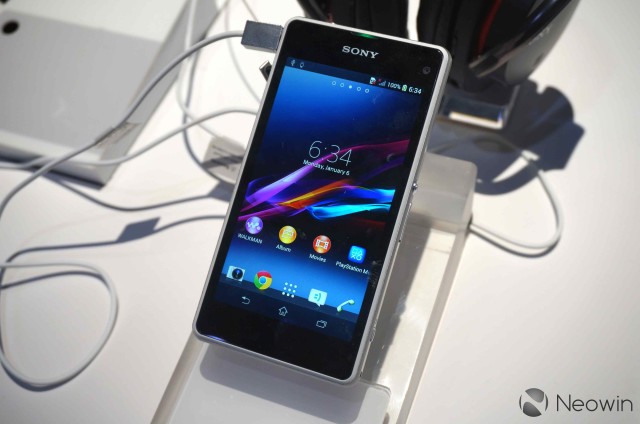 The Sony Xperia Z1 Compact was announced roughly six months ago at CES 2014. Since then, we have heard nary a peep about the device and a U.S. release date. Luckily, Sony has officially released the handset on the Sony U.S. website, making it available for sale.

Although the Xperia Z1 Compact is a smaller unit, it still possess the innards of a flagship device, making it a more unique offering. The device has a 4.3" TRILUMINOS 720p display, Snapdragon 800 quad-core processor, 2GB RAM, 20.7MP camera, 2300 mAh battery, and 4G LTE. The device is also waterproof and dust resistant with a P55 & IP58 rating.

The Z1 Compact shares its elegant styling with its flagship siblings, the Z1 and Z1S. The device is built on a metal frame that is sandwiched between two panes of glass. Currently, the device will not be offered by any carriers and will not be subsidized. The Z1 Compact will come in a choice of three colors (black, pink, and white), be unlocked for use on most carriers, and retail for $549.99 USD.

For those looking for something a little different, they might want to have a look at Sony's more recent release, the Xperia C3.