Bing is often thought of as a second-class search engine when compared to Google, but the truth is, the engine has some pretty nifty features and for most users, Bing can handle their daily needs. One unique aspect of Bing that is getting a lot of attention over the past few weeks is its 'prediction engine'.

The concept is simple but the results, so far, have been quite profound. Bing has a lot of data, no surprise here, but what Microsoft is doing is looking beyond the simple query and is applying this vast pool of information in new ways; the results have been quite impressive.

So far, in the World Cup, Microsoft is 14/14 on predicting the outcome of knockout round matches and during the group stage, it was 60% accurate by selecting 29 matches correctly and getting it wrong on 19 games. And for those of you who are curious, Bing is saying that Germany will win the final game and if it is right, then its tournament accuracy will be about 70%. 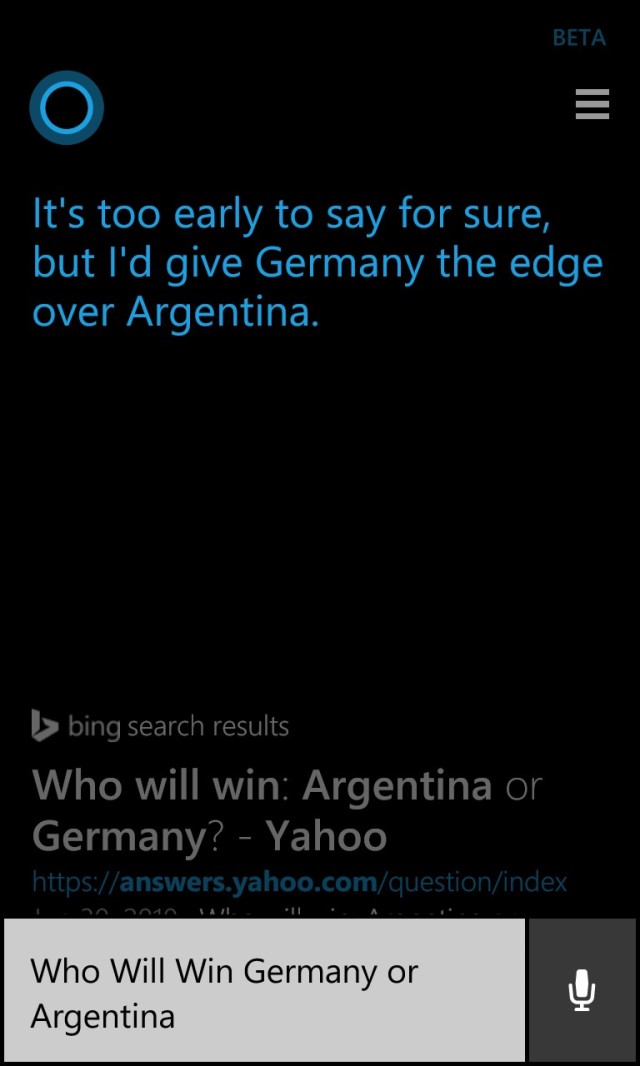 But there is a lot more at stake here for Microsoft. Its prediction engine, especially in the knockout round, is turning into a massive win from a marketing perspective. Even though the predictive engine is in the hands of Microsoft and the average consumer can't control "what it will predict", it has turned into a way for consumers to connect to the service.

And that's exactly what Bing needs, with this prediction engine, Microsoft has created a public face to Bing that not many have seen before and with that comes brand recognition. By boosting brand recognition with consumers, that will increase the likelihood that they will try out the engine next time they need to search.

The biggest issue with Bing, is not Bing itself, but consumer habits. Consumers are accustomed to using Google and "Just Google it" is a term we have all heard before. For Bing to truly take any market share away from Google, they need to break this search habit and that is not an easy task.

Update: And as for 3rd place, Cortana is with Brazil to take it.

Will Brazil win against Netherlands? pic.twitter.com/iikqUefSCS