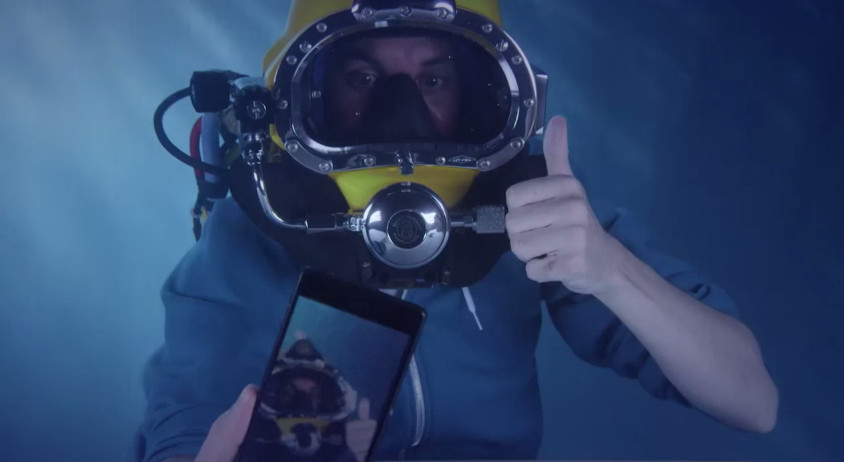 We've seen them probably over a dozen times on YouTube: the dreaded unboxing video. While they were all the rage quite some time ago, they have for the better part become a bit long in the tooth. Luckily, Carphone Warehouse has decided to put a new twist for its latest unboxing of the Sony Xperia Z3 by performing it underwater.

With dive gear on and the Xperia Z3 ready, Carphone Warehouse got down to business and decided to perform the world's first underwater unboxing video. Naturally, the best part of this video is the beginning where everything looks like your average unboxing, but quickly changes once you see the mechanical fish swimming across the screen.

Although not the most thorough video, it does show off the most prominent feature of the Xperia Z3: the fact that it is waterproof. The Xperia Z3 features a 5.2" 1080p display, a Snapdragon 801 2.5GHz processor, 3GB RAM, a 20.7MP camera with a 2.2 front-facing camera, and a 3100mAh battery.