Nokia has already told us that its president and chief executive, Stephen Elop, “will announce significant industry news” in a press conference at Mobile World Congress on Monday. Whatever that might be, we’re also pretty sure that Nokia will be announcing the international version of its new flagship, the Lumia 900, along with a new entry-level device, the Lumia 610.

We’re starting to get a clearer picture of what the 610 will look like now, as reports continue to drip out ahead of the official unveiling. The latest report, from BGR India, claims to confirm key specifications for the device, as well as its expected price point. Their ‘trusted sources’ claim that the new handset will include a 3.2” display (presumably an LCD rather than the AMOLED variety found in its more expensive siblings), along with a 3MP camera.

We already know that the Lumia 610 will be one of the first handsets available with the next version of Windows Phone, codenamed ‘Tango’, which is optimised for devices with lower specifications than current Windows Phones. In order to achieve this, some Windows Phone OS features will not be available in Tango, such as third party Live Tile support, while some resource-hungry apps and games simply won’t run on some of these lower-end handsets. The Lumia 610 will be typical of Tango phones in only featuring 256MB of RAM.

Meanwhile, an image was revealed by My Nokia Blog, plucked from a Twitter account that hints that it may be an authentic rendering of the Lumia 610: 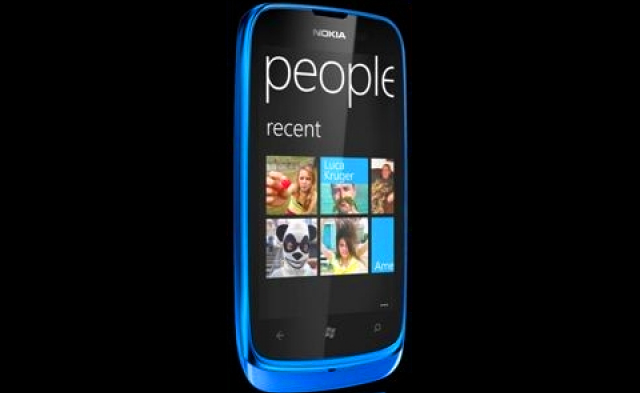 We’ll leave you to make your own mind up on that one, but with only a couple of days before the press conference, at least there’s not long to wait now.