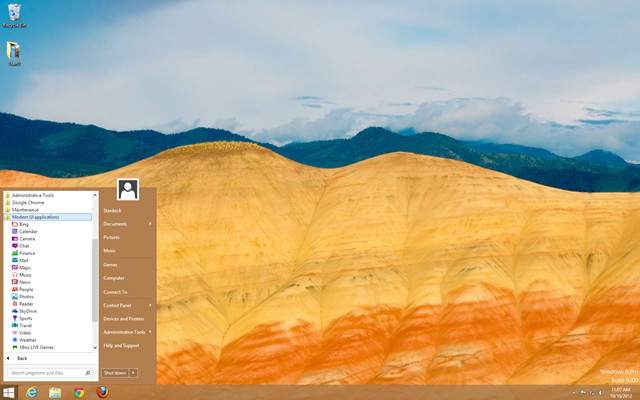 Stardock launched the first public beta of its Start8 program for Windows 8 nearly a year ago and it was designed to bring a version of the familiar Start menu UI to the Windows 8 desktop interface. In October, the company released the first commercial version of Start8. Today, Stardock CEO Brad Wardell told Neowin that the program has had 3 million downloads since the commercial launch and that it currently "sells thousands of copies a day."

While the company has released quick updates to Start8 to fix bugs, today Stardock released the first major update to the program since its October commercial launch. Version 1.1 is now available for download at the Start8 website. Some of the new features include adding drag and drop support and the ability to rearrange items inside the "all programs" tree. The new version also adds rename support in the tree.

Version 1.1 of Start8 now allows users who pin folders to the Start menu to view the first X items as a jumplist. You can also open the menu by pressing the Windows key and the X key together. There's also a new way to add new custom location places; a full change log can be read at Stardock's website.

Previous owners of Start8 can now automatically update their version to 1.1. New users can download a free 30 day trial version of Start8 or get the full version now for $4.99.