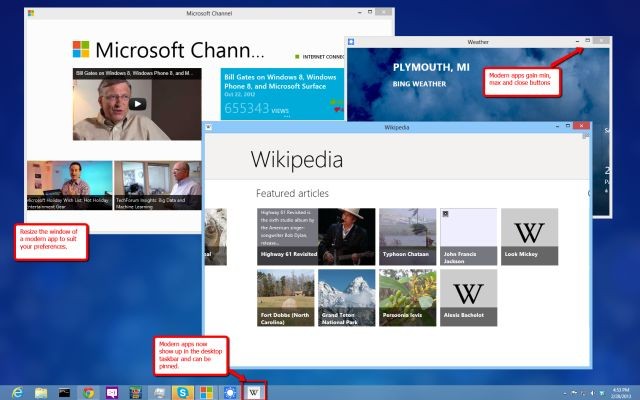 How, where, what? This is possible? Yes, it is

Last week, Stardock teased us with an announcement of a new Windows 8 product in the vein of its popular Start8 Start menu program and its Decor8 Windows 8 Start screen wallpaper customizer. Today, the company has revealed that the third Windows 8-related program it has been working on is called ModernMix. Basically, its designed to truly fuse the Windows 8 Modern apps with the familiar desktop interface.

Basically, ModernMix allows Windows 8 owners to run all of the Modern apps such as Netflix, Xbox Music and more on the desktop, along with the ability to resize those apps in a window. You can even pre-set the Modern app window sizes so they stay the same size every time you launch the app. You can also pin the Modern apps on the desktop taskbar for a quick launch. Finally, the Modern apps running under ModernMix have minimal, maximum and close buttons on top, just like regular desktop Windows programs. 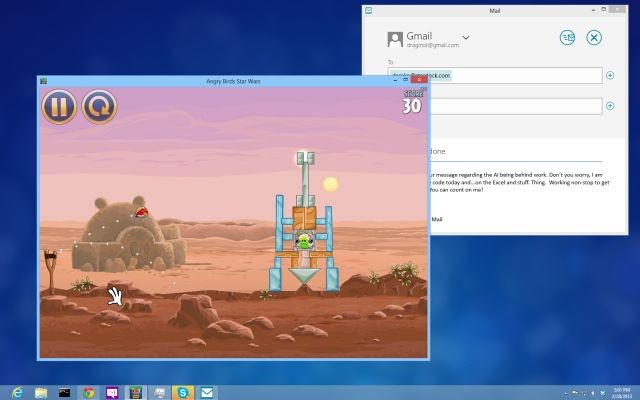 How, where, what? NM, see the above pic caption.

Stardock is releasing a public beta version of ModernMix for $4.99 and it can be used together with Startdock's previously released Start8 Start menu program. You can also download a free 30 day trial of the program. You can find out more information about ModernMix in a blog post written by Stardock CEO Brad Wardell.