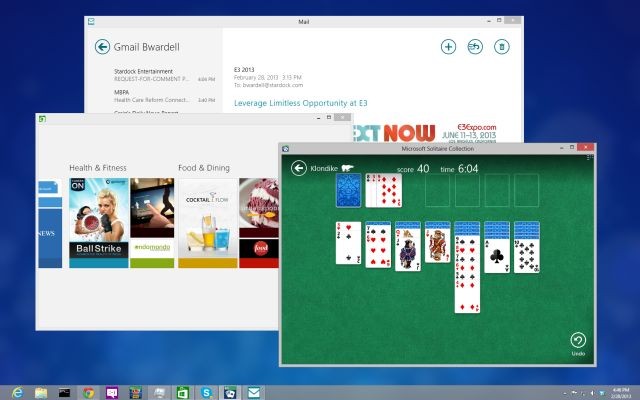 In 2012, Stardock released Start8, a highly popular software application that added the Start menu back into the Windows 8 desktop, along with other features. Later, the company released Decor8, which lets users change the wallpaper behind the Start screen on Windows 8.

Today, Stardock released yet another software program designed to make using Windows 8 easier. It's called ModernMix and it allows users to run Modern apps made for Windows 8 on the desktop and even resize those apps. We got a chance to chat with Stardock's CEO, Brad Wardell, about ModernMix as well as other Windows 8 related topics.

First, you recently told us there have been over three million downloads of the Start8 software. Do you think this is proof that Microsoft should not have abandoned the Start menu for the Windows 8 desktop?

I don't think that Start8's downloads (now over 4 million) prove anything. But I do think that Microsoft made a mistake getting rid of the start button/menu. If the desktop is supposed to be just another app, then why take out the Start menu? Taking it out didn't make the desktop any better, infuriated millions of PC users and provides no value to those who do like the Windows 8 Start screen.

How is Decor8 doing and are there any plans to add new features to Decor8 in the future?

Decor8 has done very well. I remain very surprised that Windows 8 doesn't include the ability to change the Start screen background.

Stardock is releasing its third Windows 8 product, ModernMix. How did the idea behind it come about?

It was during the Windows 8 beta. We just couldn't believe that Metro [now called "Modern"] apps were forced to run full-screen on a desktop PC. Seeing a weather app or a stock ticker app running full screen on a 22 inch monitor is nuts. The thing is, the WinRT API is good. You can make some really nice apps with it. But those apps are crippled by forcing them to run full-screen. A lot of people won't use them because of that. That's where ModernMix comes in. 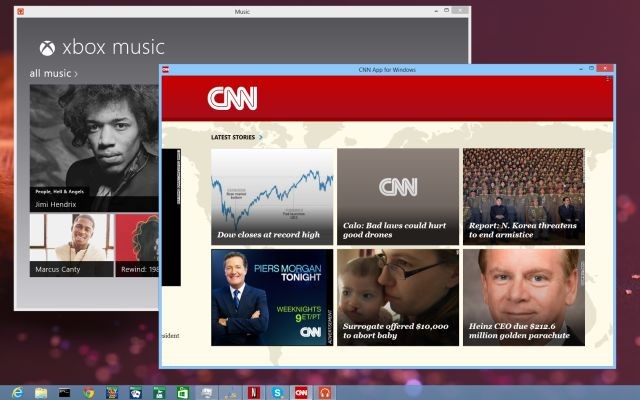 How hard was it to get "Modern" Windows 8 apps to run on the desktop?

Running Modern apps in a window, on the desktop, where they show up on the taskbar as regular Windows programs -- non-trivial. We have been working on this since before Start8. It isn't that hard to make it "work" good enough to take a screenshot. It's lots of work to make it work seamlessly which is what ModernMix does.

What else can you do with ModernMix?

The more I use it, the more compelling it gets. For example, it's fairly difficult to get (and be confident that it's working) multiple Modern apps to run in the background. With ModernMix, I can have several Modern apps running together on the desktop and quickly switch between them. Another nice thing about ModernMix is that it adds min/max/close buttons to every Modern app so when you close it, you know it's really closed. Being able to see all your Modern apps in the Windows desktop taskbar is extremely handy. Especially since you can then pin them to the taskbar. Ironically, the Windows desktop becomes the only place now in Windows 8 that you can quickly move between all your running Windows programs. 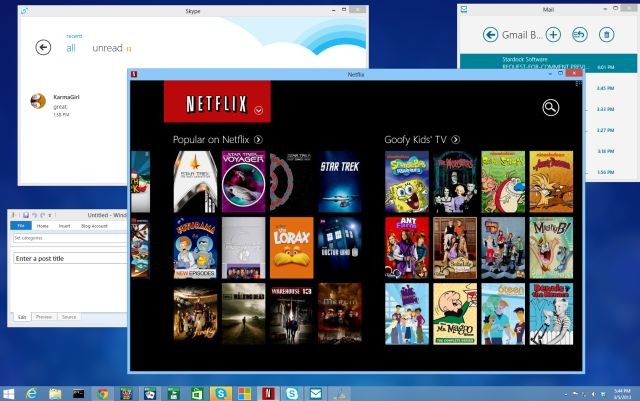 Do you think this new product may keep some Windows 8 owners from ever having to go to the Start screen again and just work in the desktop?

I think it'll keep most Windows 8 desktop PC users from having to deal with the Start screen. The Start screen doesn't lose anything from the addition of ModernMix. But now that you can also launch and manage Modern apps from the desktop, there is no need to go to the Start screen -- especially if you combine that with Start8 which can see and launch Modern apps. If you put ModernMix and Start8 together, Windows 8 becomes undisputedly better than Windows 7. All those debates we see on Neowin about Windows 7 vs. Windows 8 become irrelevant because Windows 8 will be able to do everything Windows 7 can do and more. ModernMix eliminates the single biggest trade-off for Windows users. 7.

Windows 8 has been in general release for over four months now and there's evidence that its growth in the PC industry has been slow so far. Are you worried that Windows 8 might hurt the PC market as a whole if it keeps this slow growth?

We've been quite concerned about the slow adoption of Windows 8. It's been our primary motivation in creating Start8 and ModernMix to help ensure Windows 8 succeeds. We need our customers to move to Windows 8. There's a lot of "under the hood" stuff that we, as developers, want to tap into.

Do you think that having products such as the ones sold by Stardock might actually help sell more Windows 8-based PCs in the long run?

We're certain of that. ModernMix and Start8, when combined take away the downsides of Windows 8. You get to have your cake and eat it too.

There's still a lot of work to be done on Windows 8. Stay tuned.

Will Stardock ever publish its works on the Windows Store section of Windows 8?

We plan to release our annual customer report in the next couple weeks. We'll have lots of new stuff in there.

We would like to thank Brad for answering our questions.