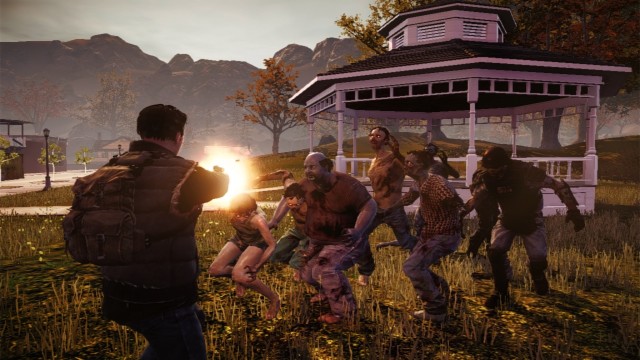 Developer Undead Labs proved there was room for at least one more good zombie action game when "State of Decay" was released for the Xbox 360 in June via digital download. The game, which was published by Microsoft Studios, ended up selling over 700,000 copies by the end of that month.

Today, the Seattle-based team announced on its blog that it has signed a new "multi-year, multi-title agreement" with Microsoft Studios. The blog didn't go into any specific details, but it did state that more information on future titles will be announced later in 2014. It added that "we think it’s best if we just keep our heads down and build some prototypes before we talk too much. For now, suffice it to say there are big things going on with "State of Decay"."

"State of Decay" was later released for the PC in September via Steam in an Early Access version, with the final build becoming available in November. Undead Labs has said that combined sales of both PC and Xbox 360 versions have gone over 1 million copies, again just from digital downloads with no retail release.

Undead Labs previously announced it would release a massively multiplayer game with a zombie theme, but the third person shooter "State of Decay" was released first. It's more than likely that any future games will be released for Microsoft's Xbox One in addition to the PC.