Community troubleshooting site, FixYa, today released their "smartphone reliability report", which analyses their database of over 720,000 smartphone-related troubleshooting questions to give each manufacture a score. FixYa compared Apple (iPhone), Samsung (Galaxy), Nokia (Lumia) and Motorola (Droid) in order to find the most reliable phone. 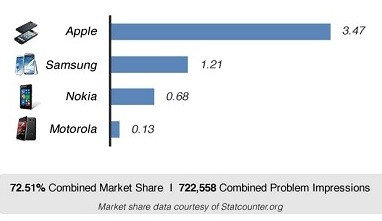 The iPhone came in first, scoring 3.47, over double the score of Samsung (1.21). Nokia scored 0.68, coming in third. Motorola scored just 0.13, coming in fourth. These results were recorded, and then normalised based on marketshare in order to make them entirely fair.

Fixya users lauded the reliability of the iPhone, stating that it is almost always working as intended in regards to core features and never hits a constant roadblock with one feature.

FixYa then offered users the chance to vote on the perceived failures of the phone.

From those surveyed, 35% said that the battery life for the largest issue, followed by lack of new features, customisability and issues with connecting to WiFi, which scored 20%, 15% and 15% respectively. 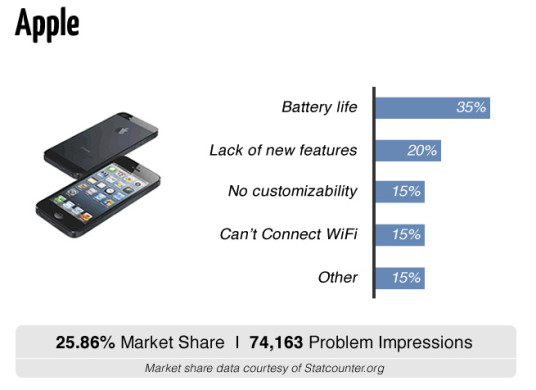 Those surveyed about the Samsung phone, stated that microphone issues were the most prevalent (40%), followed by speaker issues, 20%, battery life and the hotness of the device, both with 15%. 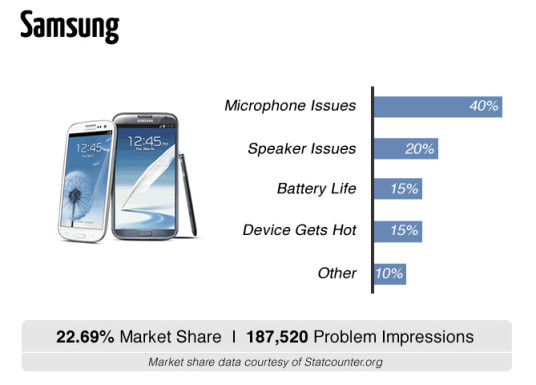 In third place was Nokia, with 35% of respondents saying they felt the devices unresponsive nature was an issue. 20% said the lack of a good app ecosystem (more the fault of Windows Phone), followed equally by battery life. 15% of those who answered stated that their device got hot. 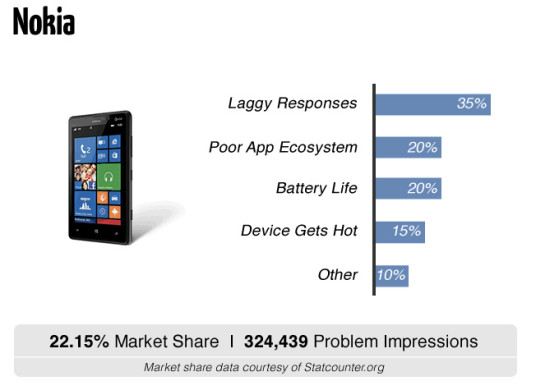 Finally, 30% of those surveyed on Motorola said the preinstalled apps were the biggest issue, followed by touchscreen issues (25%), speaker quality (20%) and camera quality (15%). 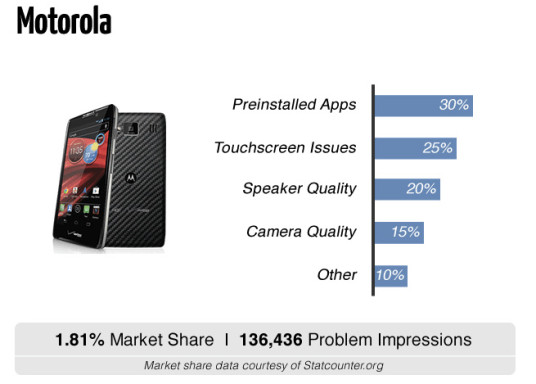