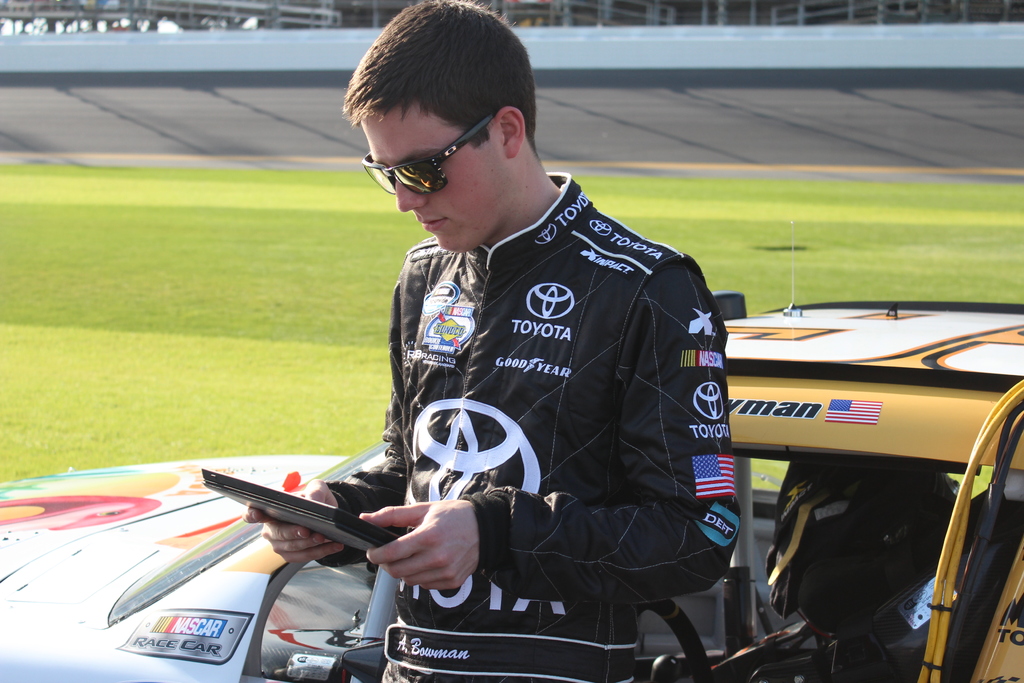 When it comes to racing, we all know that speed wins. It’s quite trivial when you break it down as the team that is able to go the fastest, for the longest sustained period, wins the race. While the principle sounds simple on paper, race day is the culmination of hundreds of hours of preparation and Neowin recently got to see how team RAB and Toyota prepared for the Daytona.

Toyota recently set out to create an application that would allow one of its racing teams to debrief and diagnose the needs of the driver in a way that was previously a cumbersome process consisting of epic amounts of paper. Seeing that we are no longer in the stone age and now have tools like Windows 8 and the Surface (both the RT and the Pro), Toyota and Microsoft created a solution for their team to give them a competitive advantage off the track to allow them more time on the track.

To combat the evil ways of paper documents and huge binders, Toyota’s Racing Development division (TRD) created a Windows 8 application that allows the team to efficiently monitor and deliver race performance data to the driver and the racing team's crew. To put it simply, the TRD Trackside application is allowing team RAB to shave time off their overhead activities by utilizing the Surface Pro and Windows 8 in ways that was not previously seen in the NASCAR environment. 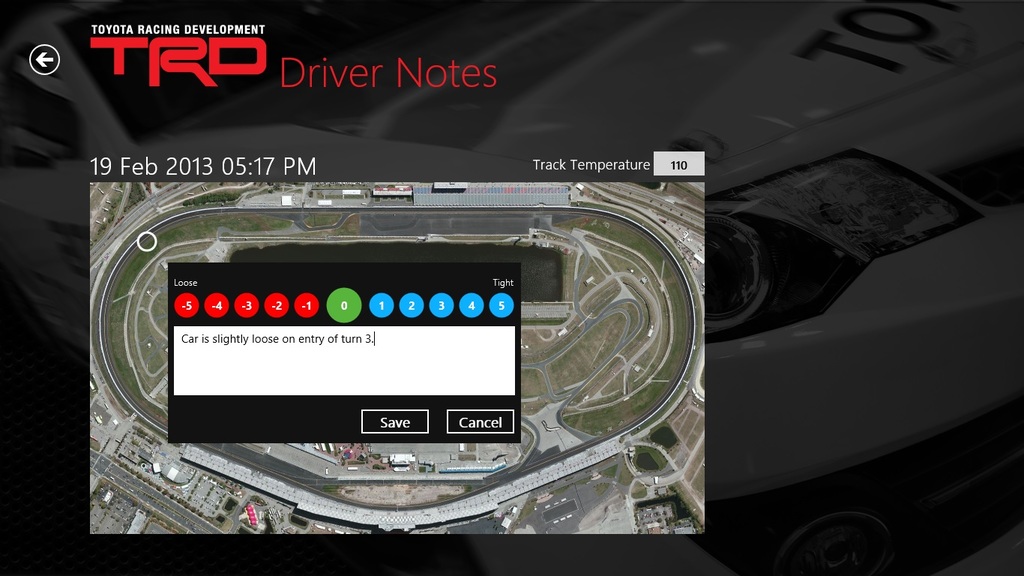 Here is how it plays out: Alex Bowman (race car driver of the 99 car in the Nationwide series) goes around the track and is constantly receiving feedback from the car - when it is loose into the turns or has an overly tight exit- and as soon as he gets off the track, his team will hand him a Surface Pro to input the data into the application. The app allows him to use Bing map imagery to highlight where on the course he was experiencing issues using map indicators that is then passed on to the team.

This update process only takes a few minutes but as soon as Alex is done updating the application, the team then digs into this information to help correct the vehicle to improve performance. 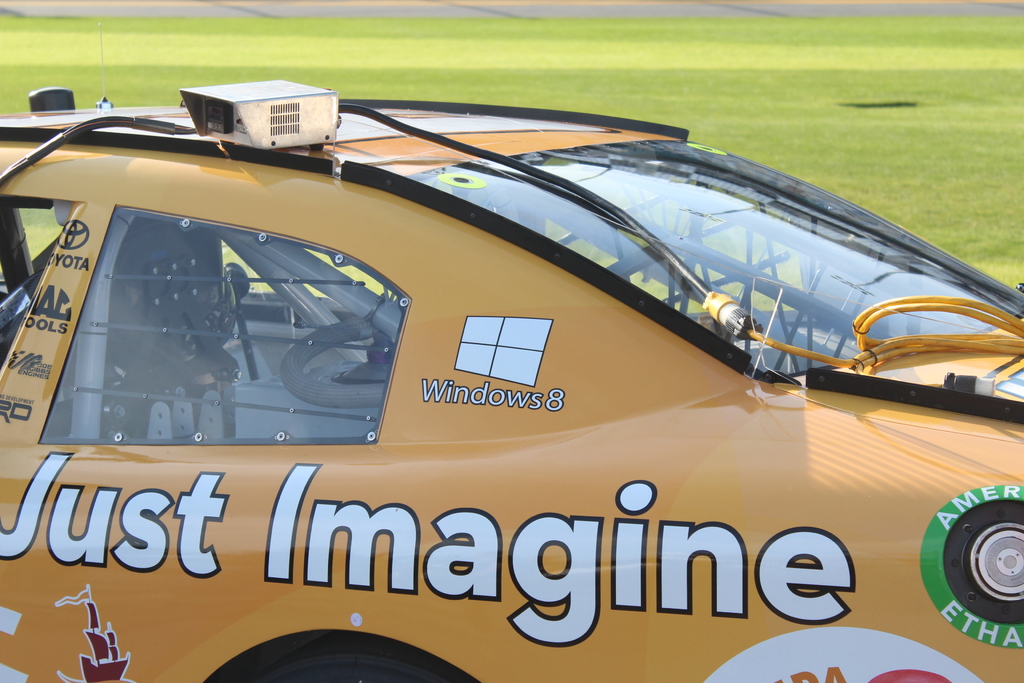 It’s a simple idea really, and the way the TRD team developed the application, it provides a means for fast data entry, easy analysis, and allows the crew to be all on the same page. In short, it reduces the “telephone game” syndrome where the driver information is diluted as it passed through the channel.

The TRD trackside application is helping its users reduce the downtime and overhead of racing, allowing them to process data faster, make better decisions on and off the track and - because of the versatility of Windows 8 and the Surface Pro - they are able to compile a package of products that deliver a quality end user experience. 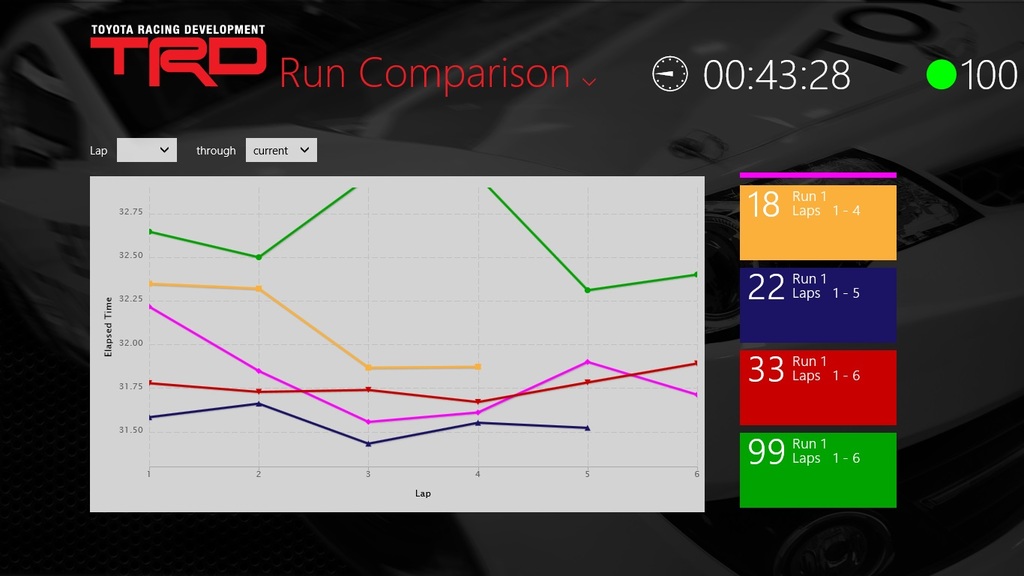 Neowin was able to see the product in use first-hand at Daytona speedway in Daytona, Florida. While it may seem trivial to introduce a statistics and app based solution into NASCAR, the TRD application and its uses are relatively new to the sport but are already showing their worth by making team RAB more efficient. In the game of speed, it doesn’t matter if it comes on the track or in the garage, when a team can make a decision faster and get back out onto the track for testing, it gives them more time to tweak configurations to give them the fastest car possible. 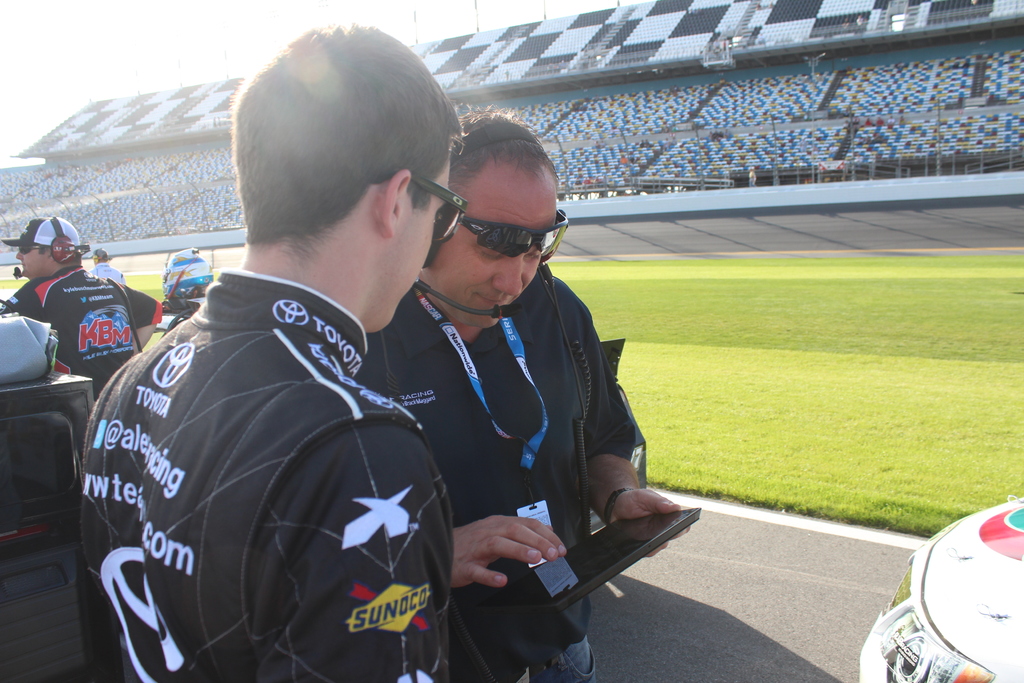 If you happen to tune in to the Daytona 500 this weekend, know that Windows 8 and TRD have made team RAB a faster car through the innovative use of touch input, data composition, and the sharing of content across the team in a seamless and intuitive fashion.

You can learn more about the TRD Trackside app by visiting this link here.