Microsoft is already considering of alternate ways of storing the Surface Pen that often accompanies its first-party hardware but the tried-and-tested model that we currently have is likely not going away anytime soon. New patents suggest the company is also considering ways of improving the current design of the Surface Pen to make it a better companion device to your laptop or 2-in-1.

A new patent awarded to Microsoft this week showcases the use of touch-sensitive technology on the retention clip at the top of the Surface Pen. This could allow the Surface Pen to serve as a better input device. 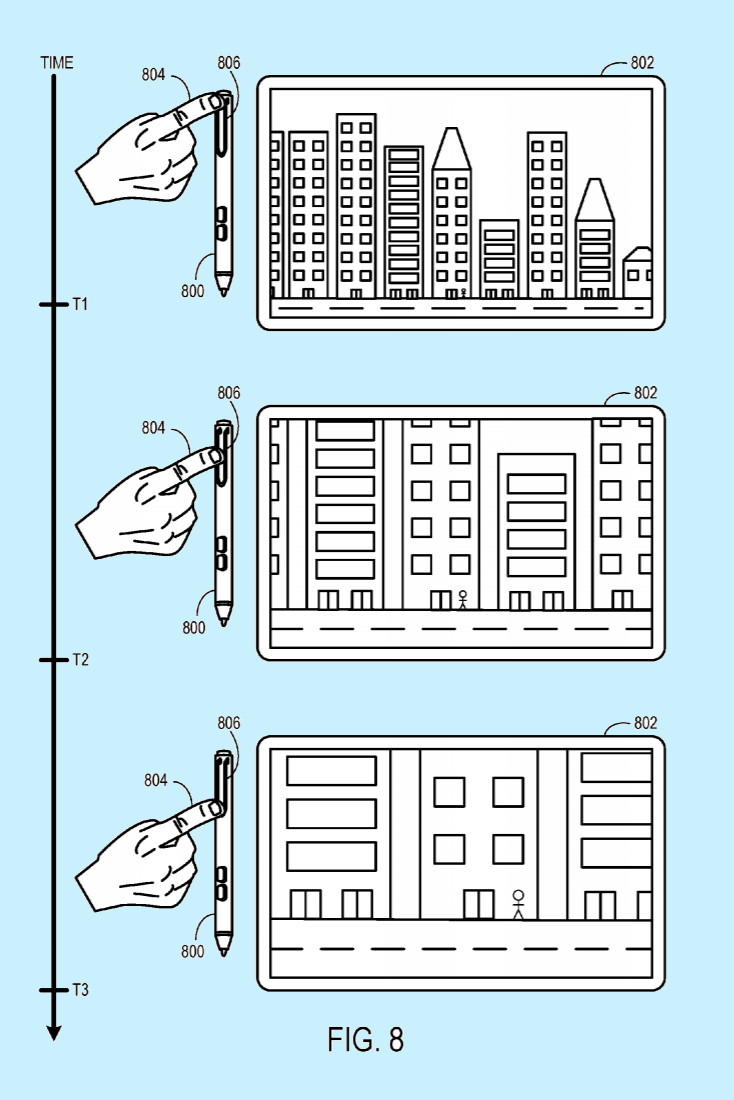 For example, one application considered in the Microsoft patent is to use the retention clip as a 'scroll wheel' replacement, allowing users to navigate long web pages without needs to use the scroll bars at the side of a window or to use it to zoom in and out.

Another possibility is the use of the retention clip as a wake-up button for the pen itself. This would allow the pen to save power by operating in a low-power mode and only turning on when pressure is applied to the clip. Users may not always naturally touch the clip when deciding to use the Surface Pen, though, so it might not be the most effective application.