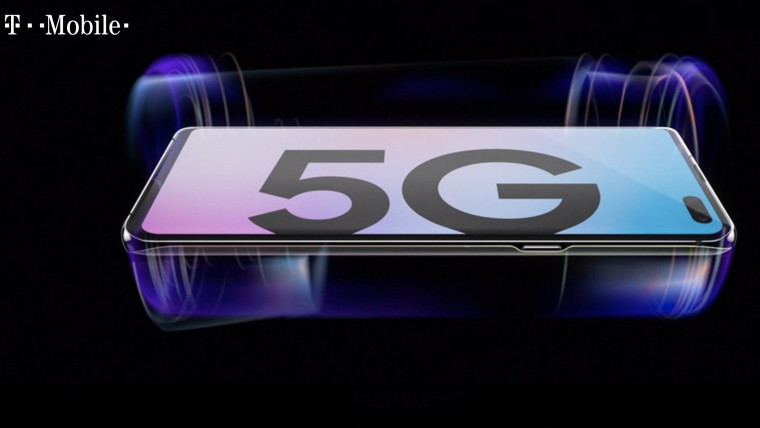 While a majority of cities are still only blanketed in 4G wireless coverage, carriers are slowly starting to roll out its 5G services, giving some customers the option of going with a faster wireless data plan. Today, T-Mobile has announced that it will begin offering the Samsung Galaxy S10 5G on June 28, allowing its customers to take advantage of its 5G service, that will be available in six major cities.

The Galaxy S10 5G was initially announced alongside the Galaxy S10, Galaxy S10+, and Galaxy S10e and while it comes from the same family, it does deliver some things that are different from even the top of the line Galaxy S10+. For starters, it has a larger screen at 6.7 inches, an additional 3D time-of-flight (ToF) depth camera on the rear, a larger 4,500mAh battery, and of course, its 5G radios.

If you are curious about where T-Mobile will initially offer 5G coverage, it will focus its efforts in major cities, giving those in Atlanta, Cleveland, Dallas, Las Vegas, Los Angeles, and New York the first crack at its new service. While it will debut 5G in the previously mentioned cities, the coverage will be sparse, so you will want to check the coverage map to make sure that you will be located in the areas with proper coverage.

For now, T-Mobile is spinning its 5G as giving folks a speed boost in areas where it is available, which will complement its already fast 4G service. CEO John Legere states that the firm's 5G is different from its competition in that it has a "very different plan" which will deliver the service to a broader audience, even to those in rural areas. Legere also stated that it is the wireless carrier's belief that the service shouldn't cost more.

Furthermore, the CEO took the 5G device roll out as an opportunity to also tout the benefits of its merger with Sprint, saying that "if our merger with Sprint is approved, the New T-Mobile will build a 5G network for all … the kind of 5G network America deserves.” If interested in diving into T-Mobile 5G head first, you will be able to pick up the Crown Silver S10 5G variant with 256GB of internal storage starting on June 28 at participating physical locations and through its customer support channels.