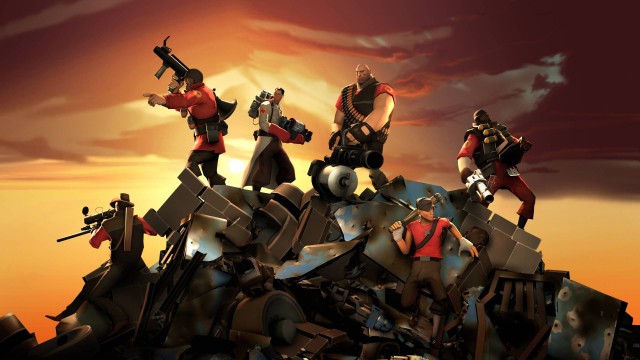 When it comes to free-to-play FPS games, there isn't much that can contend with Valve's Team Fortress 2. While not originally released as an F2P game the change has created an influx of new players across the globe. Besides playing the game, you can also play its meta-game; trading.

This community-powered economy runs on items used as currencies, like Metals, Keys and Bill's Hats. It's kind of a big deal too, with Valve hiring an economist almost a year ago. Months ago, keys were traded among players for 2.33 Refined Metals. The price has boomed to 4.11 - but why? Essentially, it's the metal price falling, since it can infinitely be smelted by players with weapons. This drives everything else higher, too.

Community trading websites exist, acting almost like the "eBay of Team Fortress". People list their items and others bid, with the biggest site being TF2 Outpost. Fellow community site TF2 Finance has compiled an in-depth look trading and its development. Laden with infographics, the entire thing is worth a gander if you've ever felt the slightest interest in economic development.