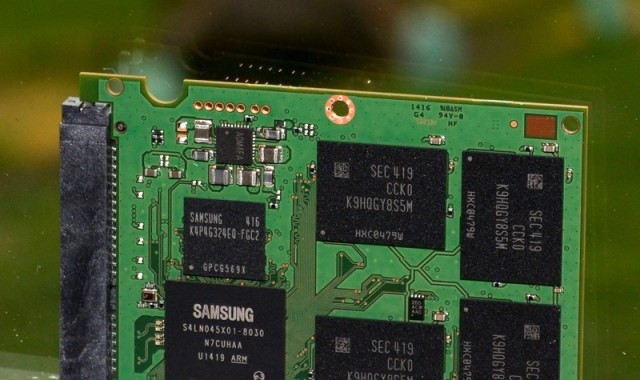 Considering the breakneck one-upsmanship we saw among early SSD makers, record-setting iterations have been slower to arrive over the last two years, with 2012's Samsung SSD 840 Pro series maintaining relevance among a laundry list of competing options after price cuts brought it to $0.74 a gig.

That's not to say there isn't already a plethora of high-end SSDs. Enthusiasts have loads of options with Plextor M6S, SanDisk Extreme Pro, OCZ Vertex 460, Intel 730 Series, Crucial M550 and some we forgot to list. However, few if any models stand out as being uniquely fast as we expected a few years back.

With the 840 Pro SSD series being older than anything on that list, it's time for an update. Samsung's new 850 Pro SSD is powered by the company's cutting-edge in-house 32 layer 3D V-NAND technology, which is said to deliver up to twice the density and write speed of traditional 20nm planar NAND flash.

Read: Samsung 850 Pro SSD Review
This article is brought to you in partnership with TechSpot