As soon as The Elder Scrolls Online was announced, fans of the series were instantly polarized. The long dreaded event, as terrible as the coming of Alduin himself, has finally come to pass, leaving many fans passing judgment before the first screenshots of the game even appeared.

I've been following the series since long before anyone ever dreamed of 'Oblivion,' ever since I fell in love with Jiub's horribly scarred face on a certain Seyda Neen bound prison ship. Good times. I'll also admit that my initial reaction upon learning that there was indeed going to be an Elder Scrolls Online, before the story even went live, was "Oh, God, no, no... NO!!!" Such was the universal cry among series fans, as an event that had been feared since the days of Nerevarine came to pass. 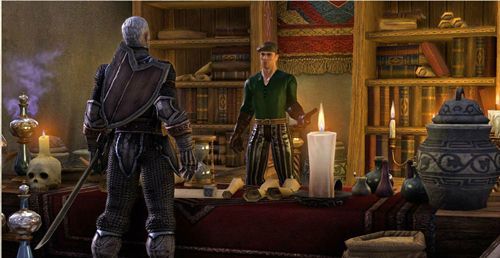 If you're still reading, I'm going to go ahead and issue a warning: if you aren't a fan of the series and/or an uber-geek, a lot of what I've got to say will leave you scratching your head and going 'WTF.' But a lot of it won't, either. So there.

First off, why is it that Elder Scrolls fans are so, shall we say 'perturbed,' by the idea of an MMO in the beloved setting? For starters, a lot of folks take this setting very seriously. It's not just a little background for a hack and slash game - thy love it for the fiction and depth it has to offer, as much as others love Middle-earth or Westeros. That's something that might not transfer well to an MMO. 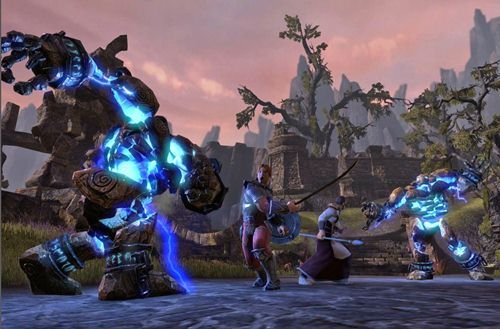 The other camp loves the series for its open ended gameplay. Most people in the first camp also belong to this camp, but not everyone in this one belongs to the first. Me, I think I fall somewhere in the middle. I love the setting, but I don't take it too seriously, and I really love the freedom offered by the games. But once again, there's a fear that the freedom that makes the series so great would also be largely absent from an MMO.

Look, I can tell you right now that you won't be able to slaughter a whole village just because you feel like it and single handedly hunt down each and every member of the Dark Brotherhood. But that doesn't mean that the game can't break new ground when it comes to the level of freedom offered by an MMO. Heck, just harkening back to the good ol' days of Ultima Online would seem groundbreaking compared to what we have today. 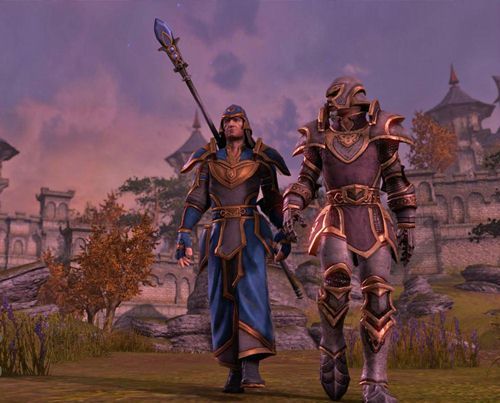 Now, what could all of this mean when it comes to the main series? Good question. I mean, when was the last time you saw a Warcraft game that didn't have 'World of' in the title? Bethesda was quick to assure fans that the main series wouldn't be affected, since ZeniMax Online Studios will be handling the development. I think that's a pretty good explanation, since development has to have been taking place concurrently with Skyrim. Personally, I can't imagine that it was affected, but others would beg to differ.

This isn't the first time there have been spinoff titles from The Elder Scrolls, and those other titles didn't hurt the development of the main series. Bethesda's resources were minuscule then, compared to that juggernaut that they've become. I think they can handle a game that they're not even actually developing, but maybe that's just me. 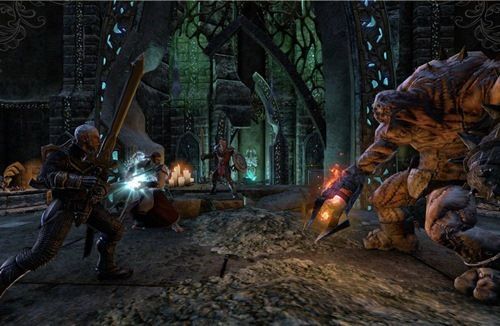 But, but... Won't this ruin all the other games? If we go to Elsweyr in the MMO, then Bethesda will have to make it look exactly the same when they make a game there! No, they won't. This game is set 1,000 years before the main series. That's not as far back as other spinoff titles, like Redguard, but it's more than far enough. Think of how much the world has changed in 100 years, let alone 1,000. The cities might still be in the same place, and the mountains are still in the same place, but trust me: things have changed, in every sense of the word. Stiffling Bethesda's creativity ought to be the least of your worries.

I'm not going to defend or attack a game until it comes out. I believe that it's in capable hands, and I have a tremendous amount of respect for the people working on it. Sure, things could go wrong, but what if they go right? My ideal multiplayer Elder Scrolls game might have been something on a smaller scale, a sandbox for 5 or 10 players with all the freedom of the single player games. We could still get that, just not yet. Let's try and be excited about what we are getting. Oh, and Mount & Blade style combat would be awesome.

Sure, it's gonna be different, but I want more Tamriel. This is definitely a setting big enough, and varied enough, to have room for more than a few kind of games. If anything, I'd like to see more spinoff titles fleshing out the lore and exploring different aspects of the series, provided that they don't impact the next game in the series. Mobile, anyone?

Will I give a try when it comes out? Sure. But will it be enough to make me break my vow to never play an MMO again (addictive personality, tendency to procrastinate + MMO = disaster)? Probably not, but that doesn't mean it'll be a bad game. Just don't go in expecting Skyrim with thousands of people, and you just might have a blast.

Images via All Games Beta