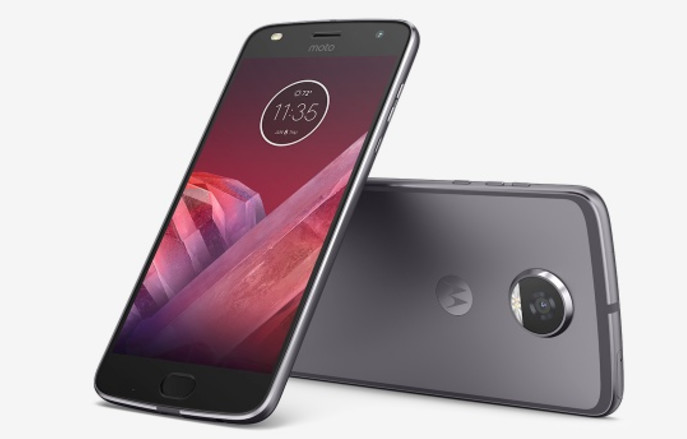 After some pretty revealing leaks last month, Lenovo has finally launched the Moto Z2 Play. The handset is a mid-range device that follows in the spirit of last year's Moto Z Play but also offers some very interesting changes.

First and foremost, the new Z2 Play retains a similar design to the original but removes some of the bulk, making it thinner and lighter. In addition to the thinner profile, the handset makes better use of the fingerprint reader by allowing it to detect gestures, making way for left and right swipes, taps, and long presses that can perform various actions.

Perhaps the most interesting change of the Z2 Play is that because of its svelte design, it does not have as large of a battery as its predecessor. The original Z Play came with a 3510mAh battery, while the newer Z2 Play comes with a 3000mAh battery. While this is a substantial decrease, initial reviews are stating that the battery life is still good, albeit just not as good as last year's model.

Those that love the idea of having access to modular accessories will enjoy the fact that the Z2 Play will accept Moto Mods, making way for a flurry of different accessories like a projector, battery pack and Hasselblad's True Zoom - just to name a few.

The device is available today in Brazil for R$1,999, and it will roll out globally this month. For those in the United States, the Moto Z2 Play will be exclusive to Verizon starting in July, but will eventually make its way to the Motorola website as an unlocked variant sometime during the summer for $499 USD.