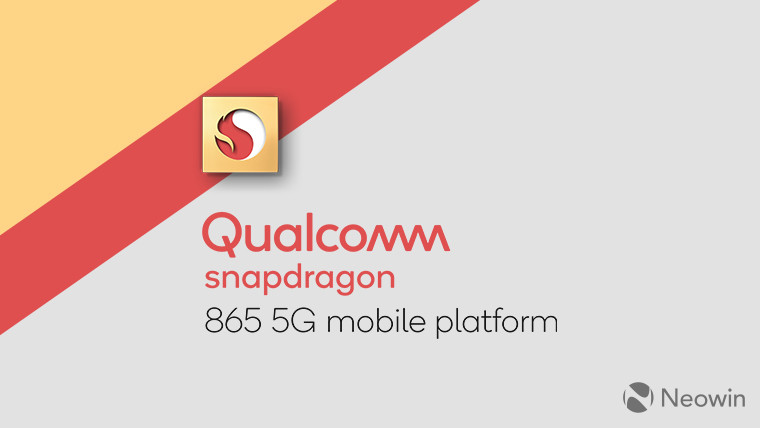 On day two of the Snapdragon Technology Summit today, Qualcomm detailed its next-generation flagship chipset, the Snapdragon 865 5G Mobile Platform. The chipset includes the new Snapdragon X55 5G Modem-RF System, sporting download speeds of up to 7.5Gbps. It includes an octa-core Kryo 585 CPU for 25% better performance, and the new Adreno 650 GPU also promises a 25% boost in performance. It even includes support for LPDDR5 memory for the first time.

The Snapdragon X55 modem is vastly superior to the Snapdragon X50. It includes Dynamic Spectrum Sharing, so it can do both 4G and 5G. Last year's phones needed to have the X50 along with a 4G LTE modem. It can handle both millimeter waves and sub-6GHz 5G as well.

Qualcomm is also making some big improvements to the ISP, promising speeds of two gigapixels per second. In fact, it's doing so with a lower clock speed, now being able to process four pixels per clock cycle instead of one. What this means to the end user is that you can do a lot more. For the first time on a smartphone, you'll be able to record video at 8K resolution at 30fps. You'll also be able to record 4K video with Dolby Vision HDR, another thing that's never been done before. Finally, HD 960fps slow-motion video that was previously capped at a few seconds, can now be recorded for as long as you want.

With the Snapdragon 865, Qualcomm is also introducing the next generation of Snapdragon Elite Gaming. It will include support for Desktop Forward Rendering for better lighting and more realistic games. Moreover, it includes Adreno Updateable GPU Drivers, and that's exactly what it sounds like. OEMs will be able to update the GPU driver right through the Google Play Store.

The chipset includes Qualcomm's fifth-generation AI Engine, promising 15 TOPS of AI performance, and that's twice as powerful as the fourth-gen AI Engine. It has a new Hexagone Tensor Accelerator with four times the TOPS performance at the previous one.

Qualcomm says that devices with the Snapdragon 865 will start shipping in the first quarter of next year. If history is any indication, it will arrive around Mobile World Congress in February, likely in the Samsung Galaxy S11.